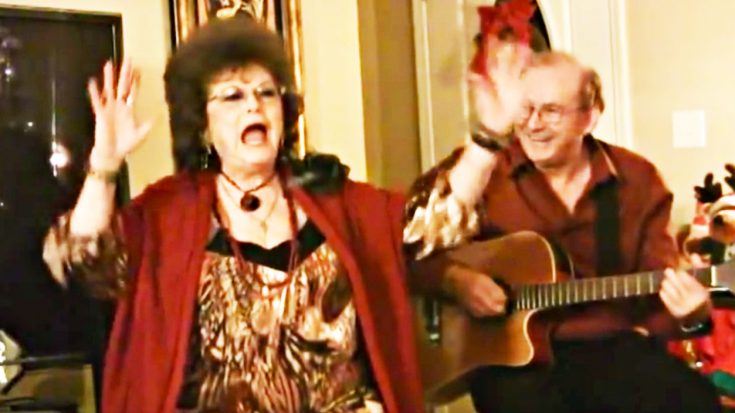 This legendary song and the woman behind it prove that the magic is still there with this raucous performance alongside famous singer/songwriter Jimmy Payne!

Jeannie C. Riley shot toward the top of the charts with her unforgettable hit song, “Harper Valley PTA,” back in 1968 and from that point forward became known as one of the most treasured country music singers of all time.

The song, which tells a story of a single mother taking on the PTA at her daughter’s school over misjudgments and criticisms, has been covered and shared by thousands of fans and fellow musicians in the decades since its release.

As his singing career got underway, Tom T. Hall continued to provide hit songs for other artists, chief among them “Harper Valley P.T.A.,” for Jeannie C. Riley earning Riley a CMA Award for Single of the Year. #MemberMonday pic.twitter.com/UQzBrwGAlJ

This pioneer in sassy songs and sex appeal truly brought a new era to female country music and foreshadowed Shania Twain’s reign in the same area. Now, 44 years after the release of her song, this video shows that the spark is very much alive within her as she belts her signature tune with just a guitar playing beside her.

Straight from 2012, this video is a perfect example of the powerhouse vocalist that Jeannie C. Riley has and always will be!

Watch the full performance below and let us know what you think in the comments!