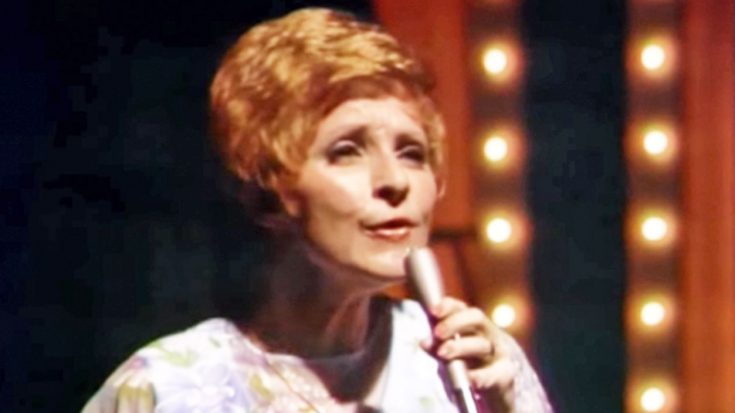 She may stand at four-foot-nine-inches tall, but she sings and performs as though she is six-feet tall! That’s probably why she got the nickname “Little Miss Dynamite.”

Brenda Lee’s talent was spotted at a very young age and by the time she was ten, she became the breadwinner for her family.

When Lee was just 15 years old, she released “I’m Sorry” in 1960 and it climbed all the way to the top spot on the Billboard Hot 100. Although it wasn’t released to country radio, and is considered a pop song, “I’m Sorry” was accepted by country fans as a standard of the genre. It was a very early example of the legendary “Nashville sound” and was featured on many country programs during that time.

“I’m Sorry,” to this day, is one of her most well-known songs along with “Rockin’ Around The Christmas Tree.”

We love any excuse to watch a Brenda Lee performance, but this one might just be one of our favorites.

She begins the song singing in the dark, but about halfway through, she begins walking forward into three different spotlights to finish the song off on a high note. Yes, this is not a new performance, but it is a classic, which Lee will always be.

Watch her perform “I’m Sorry” in the video below.