5+ Facts About ‘The Beverly Hillbillies’ 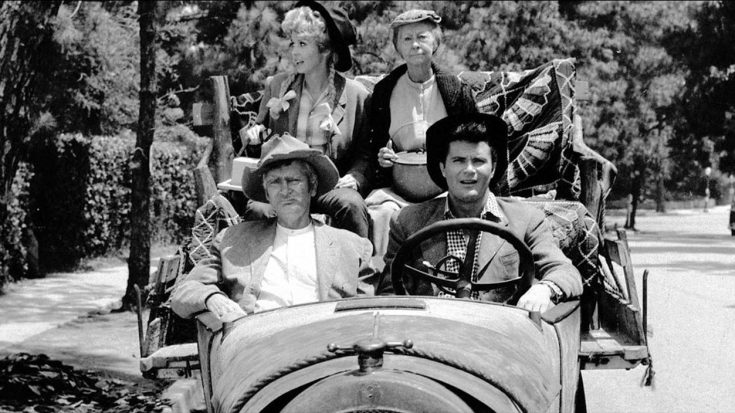 The Beverly Hillbillies will forever be known as one of the most popular shows of the 1960s. Through nine seasons on the air, Americans loved the poor, simple antics of a family who moves to an upper-class neighborhood in Beverly Hills after making a fortune following the discovery of oil on their land. Fans still watch reruns of the show to this day, and it’s ranked among the top 20 most-watched TV shows of all time.

The first thing you know old Jed's a millionaire…
The Beverly Hillbillies premiered 58 years ago today on Sept 26, 1962… pic.twitter.com/0cHJzfflgm

The New York Times wrote that the show was “strained and unfunny,” and Variety said it was “painful to sit through.”

"Life is tough, but it's tougher when you're stupid." Today would have been the iconic Happy Birthday to John Wayne. pic.twitter.com/ScOx4ocw6n

On the fifth season of the show, John Wayne had a small guest appearance. In the episode titled “The Indians Are Coming,” Irene Ryan who played the role of Granny kept mentioning that she wished movie star John Wayne would show up. Coincidentally, at the end of the episode, John Wayne actually does show up, and Granny’s dream is fulfilled. Rumor has it that Wayne was happy to accept a fifth of bourbon as payment for his appearance on the show.

3. Filming Of The Show Was Cheap

The creator of the show, Paul Henning, only paid $500 to film in the beautiful mansion located in Beverly Hills, California.

How would you spend a Tuesday afternoon with Granny?

Posted by The Beverly Hillbillies on Tuesday, May 30, 2017

Throughout the show, Granny is known to cook fried possum. While that may not sound particularly appetizing, lots of cooking books and recipes were inspired by Granny’s cooking, including Granny’s Beverly Hillbillies Cookbook which fans can purchase on Amazon. Included are funny stories of the cast and how they worked together on the set.

5. The Show Was Originally To Take Place In New York

The show wasn’t always supposed to take place in Beverly Hills. When Paul first thought of the idea for his sitcom, his mind went straight to New York for the proposed location. It eventually changed to the Beverly Hills setting we all know and love.

The show’s theme song was titled “The Ballad of Jed Clampett.” It was originally sung by the country-western singer Jerry Scoggins, which featured the bluegrass duo Flatt and Scruggs. The song quickly became famous, landing up at #44 on the Billboard Hot 100 chart in 1962.

Watch the video below to listen to the theme song.