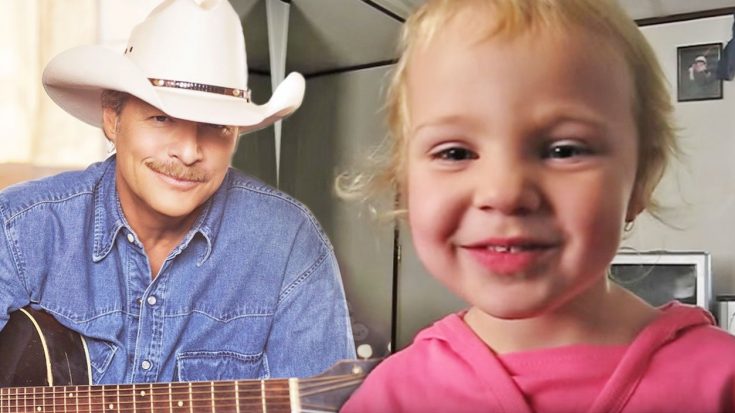 This darling little girl with excellent taste in music became a viral sensation with a little help from Alan Jackson. Smiling ear-to-ear, this adorable 3-year-old with the cutest little voice sings along to Jackson’s emotional country ballad, “Sissy’s Song.”

Impressively, the tiny toddler manages to remember all the words to the powerful song. The young girl began the song staring at the screen wide-eyed and bushy tailed before transitioning into a more serious demeanor, a metaphor for the deeply personal lyrics.

“Sissy’s Song” was written by Jackson as a therapeutic method to deal with the loss of his housekeeper, Leslie “Sissy” Fitzgerald, who died tragically in a motorcycle accident May 20, 2007. Jackson reflected on his relationship with Fitzgerald and his hope that “she flew up to heaven on the wings of angels.”

People have found comfort through the moving lyrics of Jackson’s emotional country ballad since its release in 2009, reaching number nine on the country charts as well as finding much success on the all genre Hot 100 where it peaked at number 61.

You can watch the adorable video below