In 1992, Conway Twitty Performs ‘The Rose’ For The Last Time Live 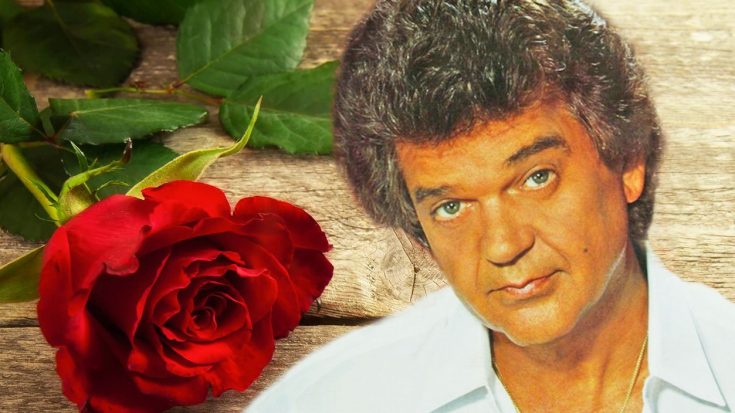 When Conway Twitty suddenly passed away in 1993 at the age of 59, the country music world was reeling.

He became ill while performing in Missouri and was in a lot of pain while on his tour bus. Twitty then collapsed and was rushed to the hospital for surgery that he would ultimately not wake up from.

Little did anyone know, but this performance of “The Rose” would be the very last time he sang this legendary song on stage.

Originally recorded in 1980 by Bette Midler, “The Rose” was reinterpreted by the legendary country singer in 1983 and ended up being his 30th No. 1 single.

Twitty’s version began with him sing-talking the first verse and his signature growl came out a time or two throughout the song.

The last time he performed “The Rose” was in 1992, just months before he passed away. Watching this video makes us weep, knowing what we know now about how special this performance is. Even though this is towards the end of his life, the quality of his singing had not gone anywhere.

Watch the video below, and make sure you have some tissues handy.