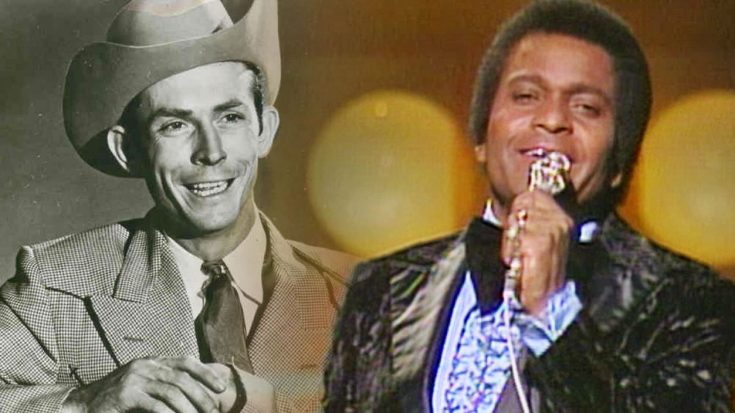 Mississippi-born country star, Charley Pride first struck out on the music scene with his debut single, “The Snakes Crawl At Night” which failed to find success on the charts, however, that didn’t slow him down.

Pride’s third single, “Just Between You And Me” became a tremendous success that same year and came in as part of the Top Ten on the U.S. Country Chart.

Just three years later, Pride would find himself at the front of an incredible musical breakthrough – releasing a song that was originally issued as the first posthumous single from country music icon, Hank Williams.

For his fifth album, Charley Pride: In Person, the rising star recorded a live performance at Panther Hall in Forth Worth, Texas, debuting renditions of his own hit songs while also bringing classics into the fold – including Williams’ “Kaw-Liga.”

It was this performance that would start Pride off on a spree of chart-domination, with his “Kaw-Liga” cover landing at the number three chart position. Following this release, the singer would see his next six singles make the number one spot, and accumulate more than 20 number one’s in just a decade’s time.

Pride’s impeccable vocals brought the classic tune to life during his unforgettable 1975 live concert performance and many critics and fans, alike,  raved that his performance was slightly better than the original.

Williams’ version became his first posthumous single following his unexpected and shocking death on New Year’s Day in 1953. The song reached the number one position with great speed and stayed at the top of the charts for 14 weeks.

Both Williams and his producer Fred Rose worked a great deal on the track, which found its inspiration from a time when the singer stayed at his lakeside cabin in Kawliga, Alabama. The song aims to tell the story behind a famous wooden statue of the same name, who falls in love with an Indian maid but is never able to show his true feelings before she leaves.