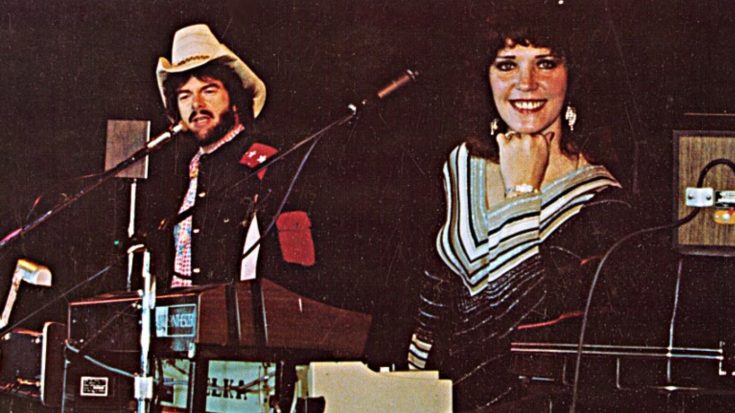 Famous country singer Misty Morgan, who was part of the duo Jack & Misty with her husband Jack Blanchard, passed away on New Year’s Day in Florida.

Born Mary Donahue in 1945 in Buffalo, New York, she and her future husband both were born in the same hospital and later grew up in Ohio as children. They first met in the early 1960s when she was working as a pianist and he a comedian.

From there, the rest is a tale of country music history – filled with love, good music, and a devoted group of fans. The pair first signed to a record label just a few years after they tied the knot.

The first single from Jack Blanchard & Misty Morgan was “Big Black Bird (Spirit of Our Love)” which landed in the Top 100 on the country singles chart. Shortly thereafter, “Tennessee Bird Walk” soared to No. 1 and was a pop crossover hit!

Over the better half of a decade, the pair scored more than a dozen more hits which all charted in the Top 100, Top 40, and Top 20 in the US. Some even crossed over into Canada and scored high there, too.

After the 1980s, the pair did not release any more singles but continued to perform and record music. They often played for large crowds in Orlando and cut at least six albums between 1987 and 2012.

Sadly, Misty Morgan was diagnosed with cancer after a hospital visit on Christmas Day 2020 and passed away on New Year’s Day with her husband at her side.

The world of country music can never forget the legacy left behind by such an artist and will continue to honor her through her music.

Our thoughts and prayers are with her loved ones during this very difficult time.

A GoFundMe has been set up to help with Misty’s final expenses.