The “Little House” Character Everyone Loved To Hate: Mrs. Oleson 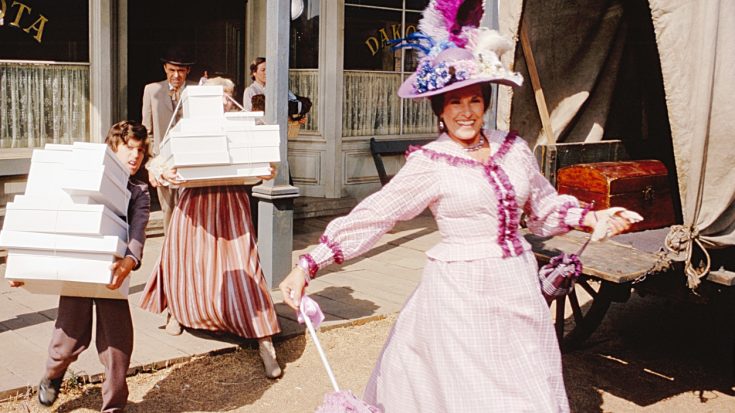 Even though she was well-hated as one of the antagonists in this iconic piece of television history, this talented actress was one of the most-loved parts of the show!

Across the span of nearly 10 years, Mrs. Harriet Oleson lit up screens all over America as the well-to-do and rich shopkeeper’s wife on the classic show Little House on the Prairie. Playing opposite her mild-mannered husband, Nels, Harriet was one of the stand-out characters that everyone remembers.

The wildly-talented actress that portrayed the character so many loved to hate was none other than Katherine (Scottie) MacGregor. Sadly, MacGregor passed away on November 13th, 2018 in Woodland Hills, California.

The Character Everyone Loved To Hate

Her mean-spirited and gossiping character was brought to life in ways the writers never imagined, and she was one of the driving forces behind the success of the show. Her ability to play Harriet so well on-screen and her improvisational moments were things that people loved so much the directors started adding into scenes on purpose!

From 1974 through 1983, Little House on the Prairie was one of the biggest shows on television, and MacGregor helped bring it to life.

Her acting career began on Broadway in New York and later took her to California in the early 1950s, where she appeared in television shows like Ironside and Mannix. Just a handful of years later, she landed the role of a lifetime.

As one of the best-known parts of the show and a true gem of on-screen talent, this beloved actress will be missed by many, but her memory will live on forever in the remarkable body of work she has left behind.

Taking to Instagram, fellow Little House star Melissa Gilbert shared her memories of MacGregor in a statement that shares the great love, everyone, on the set held for this one-of-a-kind actress.

“She was outspoken and hilariously funny. A truly gifted actress as she was able to play a despicable character but with so much heart. Her Harriet Oleson was the woman our fans loved to hate. A perfect antagonist.

The thing people outside of our prairie family didn’t know, was how loving and nurturing she was with the younger cast.

I really loved her and I find great comfort knowing that she is at peace and, per her beliefs, her soul has moved on to its next incarnation.”

R.I.P. to Katherine MacGregor aka Harriet Olsen on Little House on the Prairie. Very sad to hear, she was so good on the show. My condolences to her Family 😞💗
One of my favorites to watch as a kid, and I still enjoy reruns!! pic.twitter.com/tqrRGVt3S9

Rest in Peace Katherine MacGregor! Best known for her role as Harriet Oleson in #LittleHouseOnThePrairie, Scottie was perfect at portraying the lady you loved to hate. A gifted comedian, she had zero problem playing a fool. Today, I will enjoy back-to-back episodes in her honor! pic.twitter.com/KgD7zDcCr7

She will be missed but never forgotten.

Watch this amazing look back at her time on the show below – there are some wonderful clips and behind-the-scenes bits!