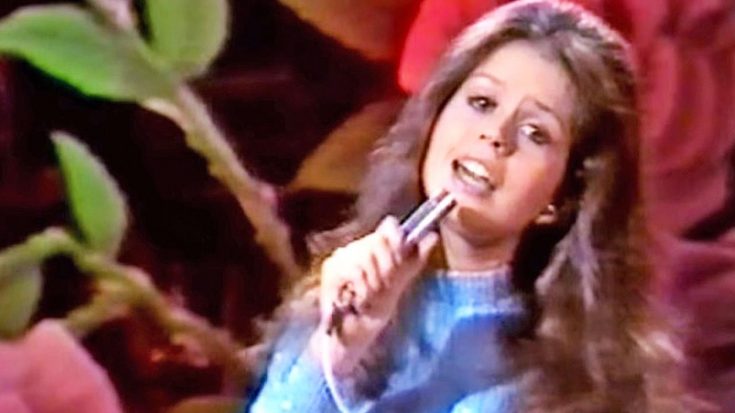 As you well know, the Osmond family has maintained a strong presence in the music industry for years. But initially, one of the most famous Osmond family members wasn’t even involved in singing.

With the exception of her two oldest brothers, who are both deaf, Marie Osmond was the only member of her family who didn’t have some sort of a role in the music business. That all changed when her family’s manager convinced her to take her turn in the spotlight, so she did just that.

And she’s never looked back since.

While her already-famous brothers, such as Donny, were known for their pop music, Marie leaned toward country. She went solo in 1973 and made her debut with a single that set her name in history alongside the rest of her family.

The Song That Introduced Her To The World

The song was called “Paper Roses,” and although Marie made it famous, it wasn’t original to her. Pop singer Anita Bryant was the first to record the tune, and she made it a Top 5 hit.

But Marie did even better than that when she released her version, which topped the country charts in the U.S. and Canada. It was also a crossover success, peaking at the 5th spot on the Billboard Hot 100.

Marie proved with “Paper Roses” that she could be just as successful as her brothers, and she’s since enjoyed a decades-long career filled with hit after hit. But we keep coming back to one of her earliest performances, during which she sang “Paper Roses,” of course.

Filmed in 1974, the performance shows a 14-year-old Marie enchanting the entire room with her angelic voice.

You’ll be so mesmerized by Marie’s talent when you watch her sing that her performance will be over before you’re ready for it to be. So go ahead and feel free to play it again and again.

Marie was born with the music in her, there’s no doubt about that!

After all of these years, Marie still sounds just as lovely singing “Paper Roses” as she ever did. Watch one of her more recent performances of her signature song below.