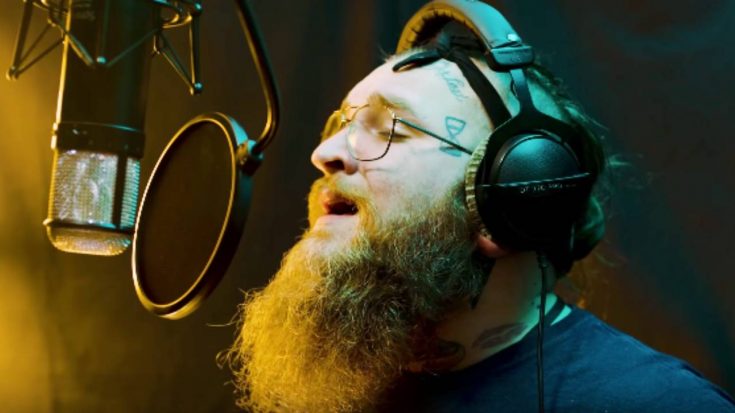 If you haven’t heard of Teddy Swims yet, you’re welcome for what you’re about to hear!

Months ago, a singer who goes by the name “Teddy Swims” debuted on YouTube with a cover of Michael Jackson’s “Rock With You.” He racked up almost three million views and consistently gets millions of views per video.

The bearded musician makes great decisions in his song choices, covering everything from pop, rock, and even country! In December 2019, he uploaded his version of George Strait’s “You Look So Good In Love,” which has now garnered over 1.4 million views.

His venture into country music didn’t actually begin there. In October 2019, he performed his own version of Shania Twain’s “You’re Still The One,” and we must say…it could be his best video he’s ever posted. It seems we aren’t the only ones who think so because it’s the most viewed video on his entire channel.

With over 22 million views, Teddy started the video by dedicating it to his mom. He performed the song in a higher key than we thought he would, and showed off his impressive falsetto voice.

Watch the video below!