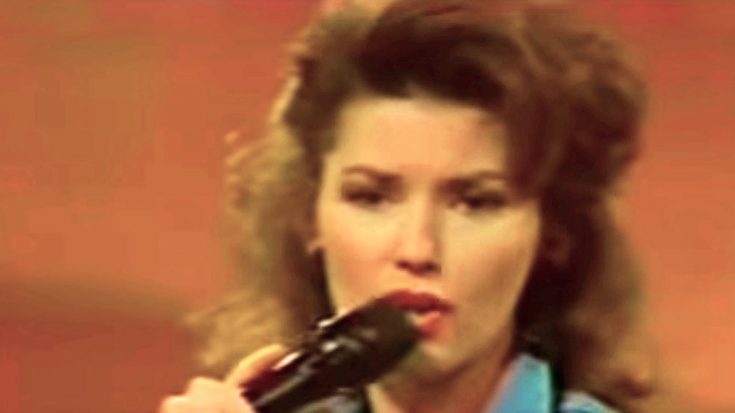 When it comes to country songs, “Delta Dawn” is a timeless as it gets. While the song has been recorded by a number of artists since it was first released, people are the most familiar with Tanya Tucker‘s version.

Tucker was only 13 years old when she released “Delta Dawn,” which was also her first single. She made quite the debut with the song, since it ended up reaching the sixth spot on the Billboard country chart.

The song was an even bigger hit in Canada, where it reached the third spot on the country chart. Since it was so popular, it was a song that many young people grew up listening to, including Shania Twain.

Shania Twain, Tanya Tucker, and Loretta Lynn are pretty much my role models. They're sassy yet classy, I dig that! ?

Years later, when Twain was a famous singer herself, she revisited “Delta Dawn” during a performance on a television show. Before she started singing, she shared that Tucker was one of the singers that inspired her to pursue her career in country music.

Without further delay, Twain began singing “Delta Dawn” with an overwhelming amount of enthusiasm. Staying true to the way Tucker sang it all those years ago, Twain delivered her performance of “Delta Dawn” with some serious attitude.

The sassy tone that Twain brought to her performance was perfectly appropriate, since Tucker is known for singing in such a way. But even though Twain kept in line with the way Tucker sang, the song also gave her the chance to showcase her own style.

Y’all Are Sure To Love This

One noticeable example was her range, which is a bit higher than Tucker’s. Anyone who is a fan of Tucker is aware that she’s known for her deep, rough voice. Twain’s voice doesn’t have such a tone, and she definitely sings higher than Tucker typically does.

“Delta Dawn” has plenty of long notes that give someone with a voice like Twain’s the chance to brilliantly showcase their talents. That’s exactly what Twain did when she performed “Delta Dawn,” leaving the audience obviously impressed. They were cheering like mad for her once she finished!

Overall, Twain’s “Delta Dawn” tribute was one of the best that we’ve ever seen. We think the only thing wrong with it is the fact that she didn’t sing the whole song!

You can watch a young Twain sing “Delta Dawn” in the video below. You get an extra treat in the second half, as the clip cuts to show her singing Elvis Presley’s “I Want You, I Need You, I Love You.”

It’s impossible to deny Twain’s talent after watching this!