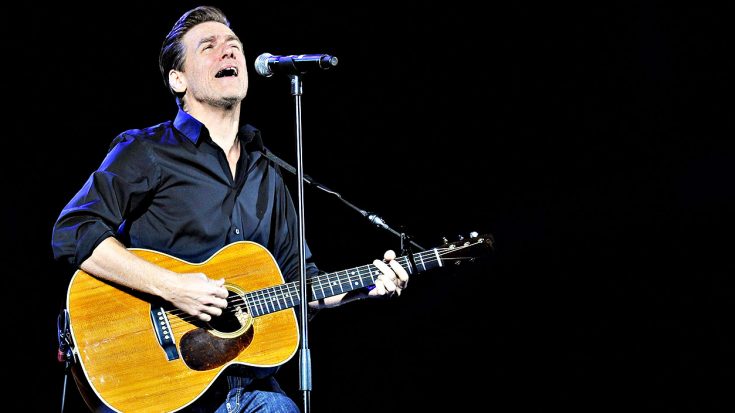 Paying homage to one of the biggest classic country songs to ever hit the radio waves, this iconic singer/songwriter pours every bit of his soul into this killer performance of “Seven Spanish Angels” in a nod to Willie Nelson and Ray Charles.

Stepping out on stage during a 2009 concert in Gainesville, Florida, Canadian-born music legend, Bryan Adams delivers a powerhouse performance of this country mega-hit that has soared across music charts worldwide and stolen the hearts of folks everywhere.

Originally recorded as a duet with Willie Nelson and Ray Charles, 1984’s timeless hit, “Seven Spanish Angels” was first released as the lead single from Nelson’s album, Half Nelson, and quickly became a major success – marking Ray Charles’ most successful hit on the country charts.

The track tells the story of a Mexican outlaw and his beloved wife who seek to escape capture by lawmen wanting to return them to Texas. It ends in a gunfight that claims both their lives and the ‘Seven Spanish Angels’ gather in heaven and pray for the souls of the two.

In this unforgettable performance, Adams – who is known for his own seemingly-endless string of hits like “Summer of ’69”, gives his own sound to the track and it’s something you need to see to believe!

Check out Bryan Adams’ powerful delivery of “Seven Spanish Angels” in the video below and let us know what you think in the comments.