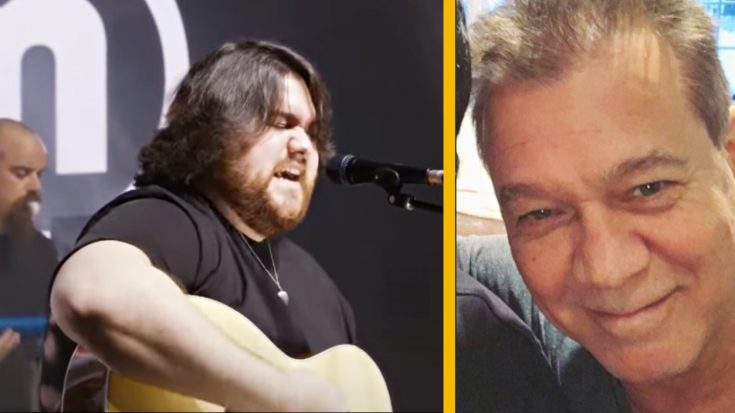 Eddie was the lead guitarist and the primary songwriter for the rock band Van Halen, which he co-founded with his brother in 1972. Eddie is known as one of the greatest guitar players in history and is also recognized for popularizing the tapping guitar solo technique. The rock legend passed his talents down to Wolfgang, who later joined the band Van Halen and performed with his father. Unfortunately, Eddie passed away in October 2020 after a battle with cancer. Eddie was 65.

Wolfgang, 29, is now embarking on his first solo project, Mammoth WVH. This debut single from the project honors Eddie and includes lyrics such as “No matter what the distance is, I will be with you.” Wolfgang explained that “Distance” was written not just for his father but for any other person who had also suffered the loss of a loved one.

Watch Wolfgang’s interview and emotional performance in the video below.