Willie Nelson Won So Many Poker Winnings Off Woody Harrelson, He Built An Addition On His House 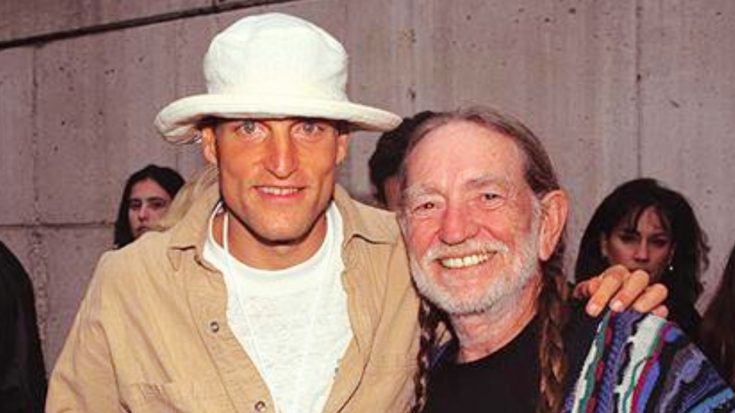 While promoting his film Solo: A Star Wars Story, Oscar-nominated actor Woody Harrelson made his rounds at all the popular talk shows including The Tonight Show, The Ellen Show and Jimmy Kimmel Live.

One of the biggest talking points, besides the actual movie, was about his friendship with country legend Willie Nelson. The two men have been friends a long time and share a certain hobby that may or may not be legal in every state.

In 2017, Harrelson made headlines when he said he gave up marijuana, something Nelson was not exactly happy about. Every time they were together, Nelson would always offer Harrelson some, and then act surprised when he turned it down.

“I quit for almost two years,” Harrelson told DeGeneres. “No smoking, no vaping. Every once in a while you might have something edible. I’m not a nun.”

Harrelson also told the daytime talk show host that his almost two years of being sober came to an end because of a large winning hand in poker and Nelson handing him a vape pen to celebrate. After taking a puff, Nelson told him, “Welcome home, son.”

When he appeared on Jimmy Kimmel Live, however, he didn’t have such positive things to say about Nelson. Kimmel brought up the poker games the men play, which apparently start out low stakes but end up high stakes, and Harrelson revealed that he’s lost a whole lot of money to The Red-Headed Stranger.

In fact, Nelson has won so much money from the actor that he built an additional wing to his house in Hawaii and used his winnings to pay for it! According to a 2015 article in Interview Magazine, that part of the house is called the Woody wing.

Kimmel joked that everyone should go see Solo: A Star Wars Story, so Harrelson can continue to pay Nelson back, but Harrelson assured the late night talk show host that he has no debt to the “On The Road Again” singer!

Watch him explain the hilarious story in the video below.