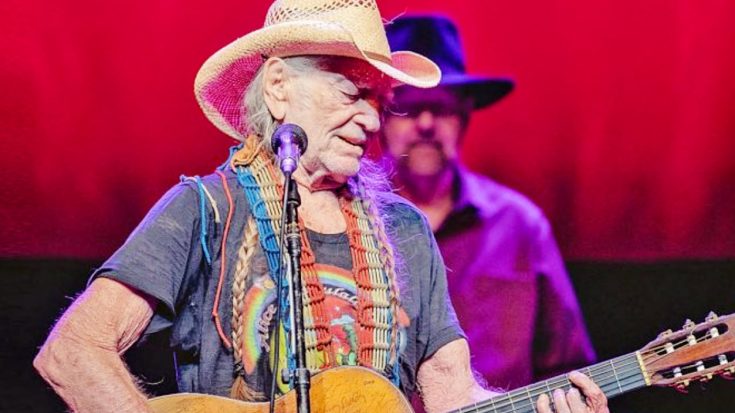 In order to maintain the practice of social distancing in the midst of the COVID-19 outbreak, country artists have been forced to postpone or cancel all shows they had scheduled in the month of March.

Some artists have even postponed shows originally scheduled for April and May, since there’s no telling how long the outbreak will last.

But even though artists can’t host concerts, that hasn’t kept them from performing for their fans. Artists such as Keith Urban, Jake Owen, and Voice coach John Legend have all hosted online “concerts” they have live streamed to their followers on social media.

Now, other artists are jumping in to entertain their fans with their own online shows.

On Wednesday (March 18), Brad Paisley took to social media to ask his fans to text him song requests for an online concert he planned to stream on Thursday (March 19). He also teased the possibility of some collaborations, saying, “Tomorrow night. Me, you, maybe some other friends.”

Paisley wasn’t the only country artist who planned an online concert for Thursday night. Willie Nelson, his sons Lukas and Micah, and many other artists have plans to host their own online show that same evening.

The free, online concert, appropriately titled “‘Til Further Notice,” serves as a stand-in for the annual Luck Reunion, a festival hosted by Willie and typically held every March in Texas.

Rolling Stone reports that some of the artists will be delivering their performances from their own homes, while others will sing at Arlyn Studios in Austin, Texas.

The lineup includes artists such as Jewel, Margo Price, Randy Houser, and of course, the Nelsons.

We’re in Luck after all!! Tomorrow night. Info and Link in bio! Any ideas on what I should play?

“We couldn’t just sit around on Thursday when our event was supposed to take place, knowing that other producers and artists in our industry are also isolated and out of work,” Matt Bizer, the co-founder of Luck Productions said in a press release. “This is our effort to bring back a bit of the Luck spirit, and to try to raise money for the people and charities we care about so deeply.”

Rolling Stone reports a “virtual tip jar” will be available for fans to donate to during the concerts. All tips will be split evenly among the performers.

We hope to see some collaborations between Willie and his sons, because they always work well together. Watch one of their past performances in the video below.

Will you be tuning in to the “‘Til Further Notice” concert? With a lineup like that, we know it’s something we don’t want to miss!