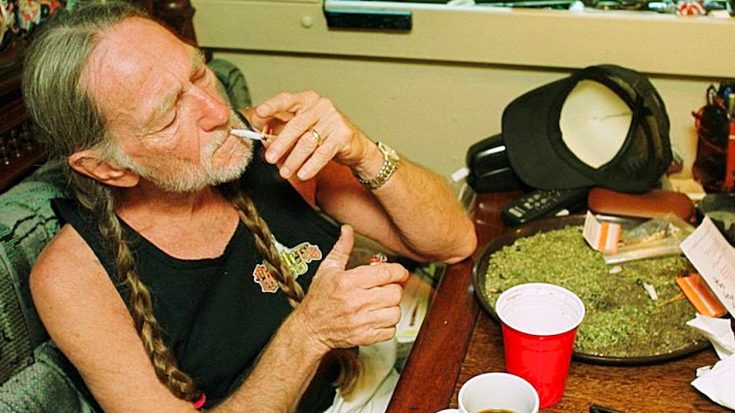 Music legend Willie Nelson is no stranger to being an outlaw – both in music and beyond. Beginning his career in the late 50s, he has become one of the most well-known and loved artists of all time but there is one little influence that Nelson gives thanks to the most.

It has been 65 years since Willie Nelson smoked his very first joint and he hasn’t slowed down since. The long-haired talent has made quite the name for himself in the cannabis industry even creating his own line of products including hemp-infused coffee and chocolate. While interviewing with Rolling Stone for The Weed Issue, the legend opened up about just how the green goods have changed his life.

“I wouldn’t be alive. It saved my life, really. I wouldn’t have lived 85 years if I’d have kept drinking and smoking like I was when I was 30, 40 years old.”

Willie Nelson appears on the cover of our Weed Issue. Sixty-five years after he smoked his first joint, he is America’s most legendary stoner and a walking testament to the power of weed. “I’m kind of the canary in the mine, if people are wondering what happens if you smoke that shit a long time,” the country icon, who turns 86 today, says. Click the link in our bio to read the story in full. Photograph by James Minchin (@jamesminchin)

Nelson admitted he struggled with drinking issues in his younger years causing him to be angry and feisty – ultimately leading to bad situations. Luckily, a joint or two changed everything.

Thank you Snoop Dogg for the Christmas sweater.

Nelson has also gone on to be a huge advocate for the legalization of marijuana as he focuses on the medical and economic benefits of the drug. The legend believes that taxing weed should be considered where profits could be put toward the education system. While times are changing and weed is becoming more widely accepted, it is a breath of fresh air for Nelson. He explains,

“It’s nice to watch it be accepted – knowing you were right all the time about it: that it was not a killer drug. It’s a medicine.”

While Nelson just celebrated his 86th birthday, it’s safe to say his love for weed is wholeheartedly justified! As he continues to go on tour, play sold-out shows, and release new music – the Red Headed Stranger is living out his phenomenal legacy one joint at a time.

Check out a piece of Willie Nelson’s Rolling Stone interview below featuring a few of his “first times.”

In our new "The First Time" segment, Willie Nelson talks to us about smoking weed, writing a song while high, braiding his hair and more.