Willie Nelson Addresses His Infidelity In His New Book 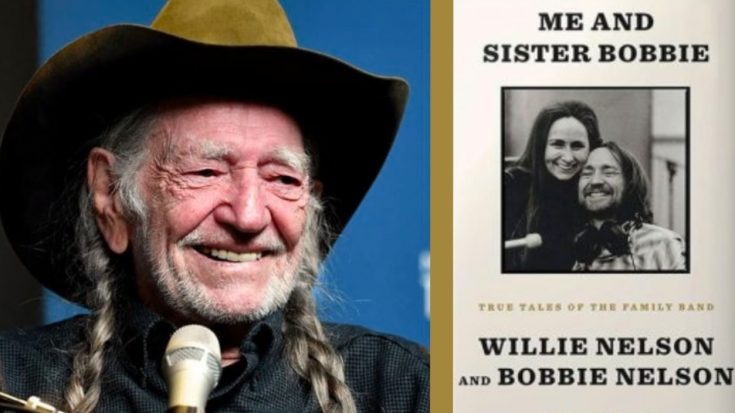 Willie Nelson’s latest book, Me and Sister Bobbie: True Tales of the Family Band, is a collaboration with his sibling Bobbie Nelson. In it Nelson shares untold stories of him and his sister, who, over the course of their lives together, supported each other through personal tragedies and triumphs and forged an unbreakable bond through their shared love of music.

Discover the unbreakable bond between Willie and Bobbie in their upcoming memoir, ME AND SISTER BOBBIE, on sale 9/15. Link in bio #meandsisterbobbie #penguinrandonhouse

One significant thing Nelson opens up about is his past marriages and what caused them to fail. The country artist speaks candidly as to the reasons why none of them lasted.

The 87-year-old singer writes that his second wife Shirley Collie discovered his infidelity via the mail when they received a bill from a Houston hospital.

“I tried to play it off as no big deal,” Nelson writes. “I told her that I had to go to the hospital for something minor.”

Nelson however was caught in a lie when the charges on the bill were for the birth of a baby girl, Paula Carlene, born to a Mrs. Connie Nelson. The country star divorced Collie and married Koepke that same year. Nelson’s marital troubles were far from over though. “I messed up another marriage. My wandering ways were too much for any woman to put up with.” In the mid-eighties he fell madly in love with Annie Marie D’Angelo, a makeup artists on a movie called Stagecoach starring Nelson, Kris Kristofferson, Johnny Cash and Waylon Jennings.

For Nelson the fourth time is the charm and after three decades he is still happily married to D’Angelo.

ME AND SISTER BOBBIE: TRUE TALES OF THE FAMILY BAND   http://links.penguinrandomhouse.com/type/affiliate/isbn/9780399590917/siteID/8001/retailerid/7/trackingcode/randohouseinc38813-20

Read more about it all in his book which is available in select stores and on Amazon.

To hear Nelson talk about his book, check out the video below.