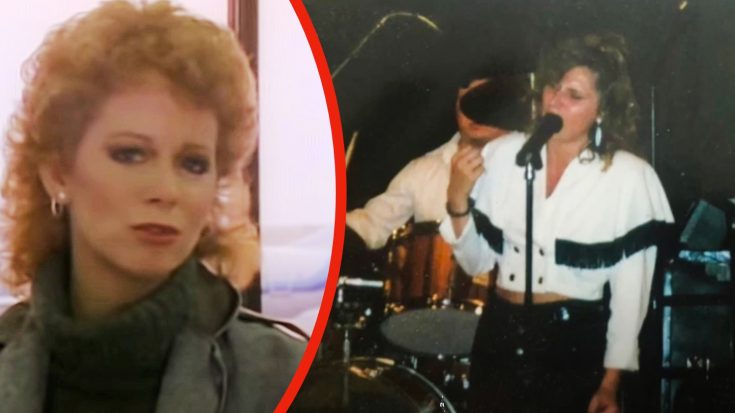 Country fans hold both Reba McEntire and JoDee Messina near and dear to their hearts, and it’s truly something to treasure when the two can be brought together.

Recently, Messina released an “ancient” demo recording of her singing one of Reba’s greatest hits, “Whoever’s In New England.” The song, which became a No. 1 hit for Reba in 1986, was the track many have credited for her career breakthrough.

Fans were blown away by Messina’s ability to conquer the timeless song. She manages to capture Reba’s essence, something that fans say few country singers in this day and age are able to do.

Messina has long stated that she’s been heavily influenced by Reba, as well as other superstars including Patsy Cline and The Judds.

33 years ago Reba McEntire shot the video for "Whoever's In New England" at the Eastern terminal of Boston's Logan Airport. #MusicIsLife pic.twitter.com/nAz4yFMf7e

JoDee Messina has come a long way since her demo days, and she’s continuing to take the country world by storm. Fans everywhere recognize her trademark vocals, and many are waiting for the day they get to experience her vocal stylings in person. Messina is known for her gorgeous voice, incredible stage presence, and down to earth personality that is beloved by fans around the world.

Happy Anniversary to the album that gave Jo Dee her first 3 No. 1 hits! We're feeling alright listening to this album today! – Team JDM

Listen to this early recording of a young Jo Dee Messina taking on one of the biggest songs from a leading country lady below – and let us know what you think in the comments.