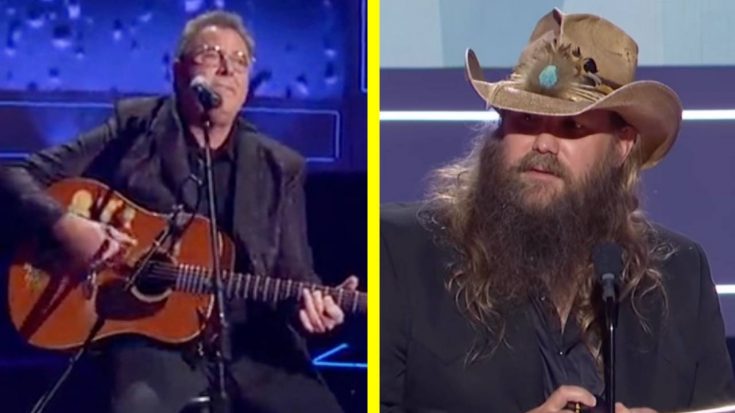 The 15th ACM Honors took place on Wednesday, August 24. According to its website, the ACM Honors is an awards show “dedicated to celebrating special award honorees, off-camera category winners.”

While the awards show took place on Aug. 24, it aired on Fox on Tuesday, September 13.

Chris Stapleton was awarded the ACM Spirit Award, which he accepted and spoke about trying to stay true to himself.

Country legend Vince Gill was on hand to pay tribute to Stapleton. He announced to the crowd that he was going to perform a song he and Stapleton wrote together which has not been released.

“The truth is, neither one of us know it very well, so no matter how I do, we’re good,” Gill said before starting the song.

The Academy tweeted, “We might not have heard [Vince and Chris’s] song ‘You Don’t Wanna Love A Man Like Me’ before, but we love it already.”

We might not have heard @VGcom’s and @chrisstapleton's song “You Don’t Wanna Love A Man Like Me” before, but we love it already❤️ #ACMhonors pic.twitter.com/orLeO7rQna

After hearing this performance, we’re just wondering when this song will be released, and how we can get both men to sing on the track!