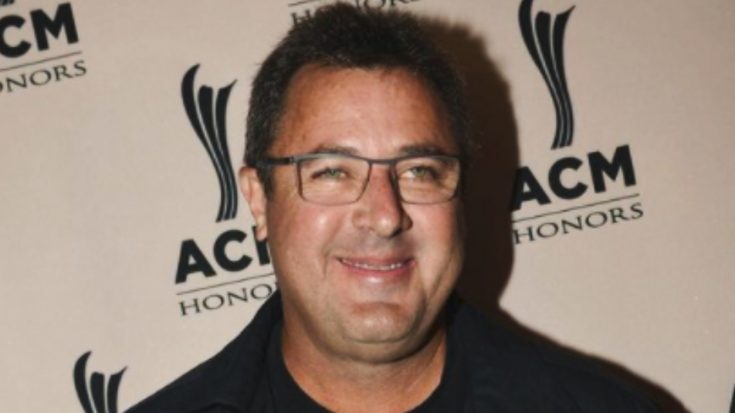 Vince Gill has a message for critics who believe the Eagles will never be the same without the late Glenn Frey.

Country star Vince Gill joined the Eagles in 2017, which took both his and the Eagles’ fanbase by surprise. When Eagles’ co-frontman, Glenn Frey, passed away in 2016, both fans and band members assumed that the Eagles had performed their last show. Instead, the band quickly resumed touring with a new member lineup, including Gill, Deacon Frey, Don Henley, Timothy B. Schmit, and Joe Walsh.

Some fans responded harshly to the band’s revival, and in an interview at the Musicians Hall of Fame and Museum, Gill shared that he understood the backlash.

“It’s different, and it’s not as good as the original,” Gill explained. “I don’t sing like Glenn, and I don’t pretend to. I see a lot of people making negative comments about me being in that band … I get it. It’s my favorite band, too. I don’t want to hear me sing ‘New Kid in Town,’ but the other option is not possible. So I’m just trying to do my part to keep some great songs afloat.”

While joining the Eagles may seem like a chance of a lifetime, Gill told Taste of Country that he had mixed emotions about joining the iconic band. In the interview, Gill explained:

“Because Glenn was a great friend, and in my heart of hearts, I wish I wasn’t doing it. That would mean Glenn would still be around, but life is what it is and you just go do what you can do because of what happens. Those songs deserve to live on as long as they can.”

Gill certainly does his part to keep the Eagles’ spirit alive! Check out Gill’s full interview with the Musicians Hall of Fame and Museum below!