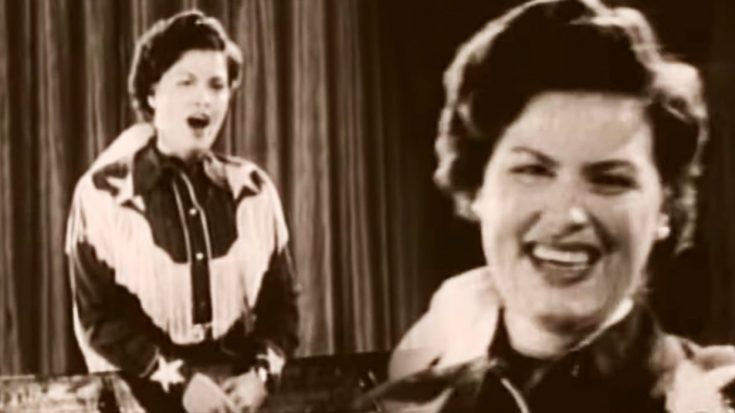 Patsy Cline was taken from this world far too soon. The “Crazy” singer was only 30 years old when she passed away in 1963. Many have wondered how much more she would have been able to accomplish in country music if she survived.

There’s no doubt she would have remained a superstar singer, admired by all who followed in her footsteps. But although Cline is no longer with us, she continues to serve as a source of inspiration to artists young and old.

Thanks to the internet, more people have been exposed to Cline’s music. She has just as many fans now as she did during her lifetime. So whenever a video of Cline performing resurfaces, it is treasured by country fans far and wide.

One such video was shared by the Patsy Cline Museum’s official Facebook page. The video shows Cline singing “Lovesick Blues,” a song that has been around for a century. It was popularized by Hank Williams, who first covered it in 1948.

The video of Cline singing “Lovesick Blues” was filmed in December 1959. Cline was singing at the Community Jamboree Show at Nashville’s Bradley Studios.

Even though a video of this performance has been on YouTube for many years, there are surely plenty of Cline’s fans who haven’t seen it yet. If you’re one of those fans, be sure to watch the video below.

We love seeing gems from the archives like this!