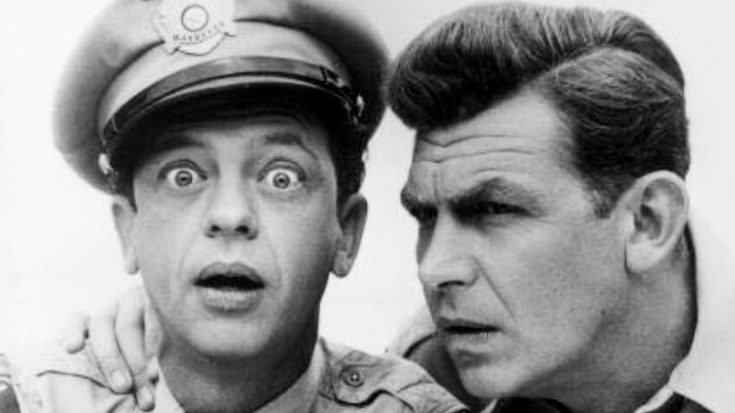 Some Facts About A Favorite TV Theme

How many of you can remember every word to your favorite TV show’s theme songs you heard growing up? From the Waylon Jennings-performed “Good Ol’ Boys” from The Dukes of Hazzard, to the catchy Brady Bunch theme song, these tunes are ones that have been stuck in people’s heads for decades.

TV themes without words are just as memorable. For example, we bet lots of you can recognize the Sanford and Son theme song from just the first few notes.

But when it comes to TV themes without words, none is more recognizable than the whistling tune that opened the beloved series The Andy Griffith Show.

Ive had the andy griffith show’s theme song in my head for what feels like a month.

You may not have known this before, but that little theme song you’ve heard thousands of times actually has a name. It’s called “The Fishin’ Hole,” which seems like an appropriate title since you see Andy and his son Opie carrying fishing poles in the show’s opening sequence.

The song was composed by Earle Hagen and Herbert Spencer, with lyrics by Everett Sloane. On top of composing the song, Hagen also performed the signature whistling part you hear in the theme.

All of the song’s creators have since passed away, but their legacy lives on. The Andy Griffith Show continues to play on certain TV stations, ensuring that new generations get to listen to its iconic theme song.

However, the heirs of the two composers recently sued CBS over its use of the series’ theme, even though CBS is the original network that the series aired on during its run from 1960-1968.

So why are the heirs filing suit against the network now? Let’s break it down for you.

On May 23, the heirs of Hagen and Spencer filed a complaint in California federal court stating that the composers wrote the theme song in the 1950s and later registered its copyright in 1960. From there, here’s what happened:

The heirs allege that CBS is now using the show’s theme song without a license, with The Hollywood Reporter stating, “They argue the network is relying on an 1978 agreement between Viacom and Mayberry Enterprises concerning rights to the series…”

And why is this a problem? Well, because CBS has been selling DVDs of The Andy Griffith Show. As The Hollywood Reporter explains, the heirs claim the 1978 agreement CBS is supposedly relying on “doesn’t include home video or other modern media.”

Attorney Neville Johnson explains the heirs’ complaints in the document that was filed in California federal court:

“CBS has refused to enter into a new agreement with Plaintiffs to authorize its exploitation of the Theme in additional media or to otherwise cease conducting such unauthorized exploitation. To the contrary, Plaintiffs have since learned that CBS has licensed the Series to digital services such as iTunes and Amazon for distribution and public performance.”

The heirs are suing CBS for direct and contributory copyright infringement. They are asking the court to pose an injunction against CBS so that they will stop “exploiting” the theme and are also seeking damages and disgorgement from the network’s profits off of the song.

You can read the heirs’ full complaint here.