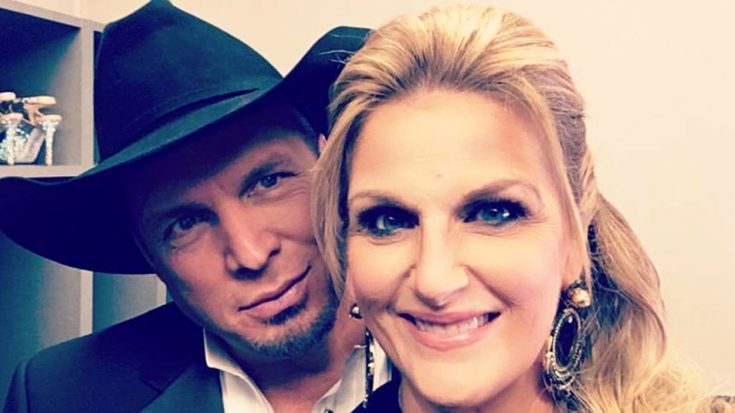 A singer as seasoned as Trisha Yearwood has been on many tours. Most recently, she was on a three-year long world tour with her husband Garth Brooks. So far, they have performed a whopping 390 shows and their concerts in Europe, Australia, and South America haven’t even been scheduled yet!

Their World Tour began in September 2014 and wrapped up in the United States in December 2017, and because they had the same band and crew for every stop, they really got to know each other.

During her Food Network TV show, Trisha’s Southern Kitchen, she was preparing a dish while talking about some of the hilarious hijinks the 50 or so people on tour get into while on the road.

“There’s pranks, there’s things that happen on the road. There’s been a tradition that’s happened for as long as I’ve been touring with this group of guys,” she said. “If it’s your birthday, you get a pie in the face. So this year, my birthday…when it rolled around, Garth had finished the show, finished the encore, we were walking out together to get in the car to leave to get on the plane and BAM. Right in the face.”

She said there was a silver lining – they gave her a towel to wipe off her face before she got in the car!

Brooks is known for being a huge romantic, so for every birthday Yearwood had while on tour, he always went above and beyond on stage to make her feel special. Little did she know that after the show, he would do this!

We know that country singers are pretty well known for their tour pranks, but we hadn’t heard about Brooks’ yet – until now!

Watch Yearwood explain it all in the video below.

Sometimes pies are for eating and sometimes they are for pie-in-the-face!Behind-the-scenes of our World Tour + special guests on this week's #TrishasKitchen