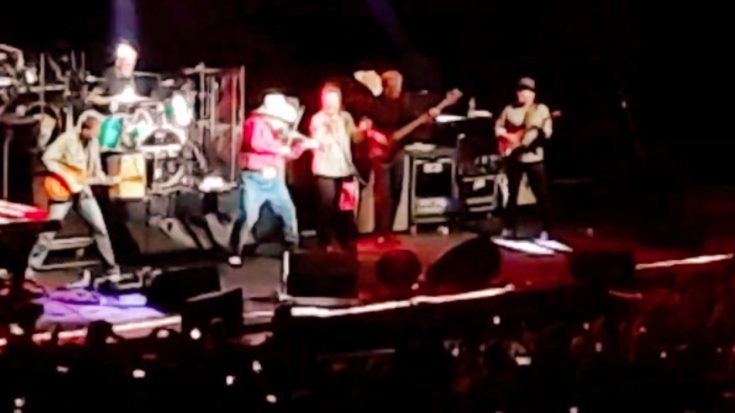 The Power Of Country Artists’ Friendships

After years of working in the same sphere, many country artists become close friends. Friendships between artists such as Willie Nelson and Waylon Jennings, Carrie Underwood and Brad Paisley, and Loretta Lynn and Conway Twitty have resulted in some of the best music and memories in country music history.

Another pair of friends that contributed a great deal to country music…Travis Tritt and Charlie Daniels.

Individually, Tritt and Daniels sold millions of records, earned countless hits, and have been honored with more awards than we could ever count. So as a pair, the two made an unstoppable force.

Both known as outlaws and rebels in the industry, Tritt and Daniels teamed up to sing together more than a time or two. Their most well-known collaboration was on the song “Southern Boy.”

The friends didn’t keep things reserved to studio recordings. Most of their collaborations were live, as they often performed at the same shows and events.

Tritt was one of the performers during Daniels’ annual Volunteer Jam concert in 2016. At the end of the show, he led Daniels and all of the other artists in one show-stopping performance.

Based on that alone, you can imagine how awesome it was when two years later, Tritt joined his friend on stage for a performance of his most iconic song, “The Devil Went Down to Georgia.”

Released on the Charlie Daniels Band’s 1979 album Million Mile Reflections, “Devil” topped the Billboard Hot Country Songs chart and reached the third spot on the all-genre Billboard Hot 100. It has since been covered by a number of artists, including Home Free and even the Muppets.

But you definitely haven’t lived until you’ve heard how “Devil” sounds with Tritt singing along to it. He previewed his performance of the song on Instagram, sharing a short video that shows him making his way on stage.

“You never know what is gonna happen when Charlie Daniels and I get together,” he wrote.

What happened was a performance worth writing in the history books! You can check it out in full by tuning in to the clip below.

As far as country music friendships go, the one between Tritt and Daniels was definitely one of the most epic. We’re sure Tritt must miss Daniels terribly since he passed away…