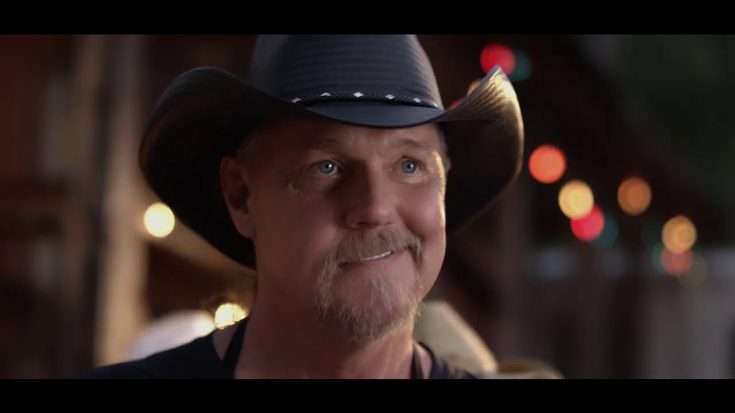 Forty years after its first release, “A Country Boy Can Survive” got a remake. The song, originally released by Hank Williams Jr. in 1981, got a modern remake by singer/actor Trace Adkins.

Adkins, who recently released a new studio album The Way I Wanna Go, is making a big return to the small screen in January. The “You’re Gonna Miss This” singer will be starring alongside Susan Sarandon, Anne Friel and Beth Ditto in the new Fox series Monarch. The show follows the success, scandals, and trials of the fictional Roman family, the “first family of country music.”

“The Romans, whose name is synonymous with authenticity, the very foundation of their success is a lie. And when their reign as country royalty is put in jeopardy, heir to the crown Nicolette “Nicky” Roman (Friel) will stop at nothing to protect her family’s legacy, while ensuring her own quest for stardom,” a press release described the series.

Adkins will combine both his acting and singing skills for his role in Monarch, and fans will get to hear him cover some country tunes like “A Country Boy Can Survive,” a song made famous by newly-inducted Country Music Hall of Famer Hank Williams Jr. Adkins released his cover of the classic hit on Friday (December 10) in conjunction with the upcoming premiere of Monarch on FOX  late next month.

“A Country Boy Can Survive” was originally released by Hank Williams Jr. seven years after he released his debut album, a monumental move for the singer who had spent years covering his legendary father’s music. The song became his “most signature song,” according to American Songwriter. Written and recorded by Williams Jr., the song never quite reached No. 1 on the charts, but is easily one of the singer’s most recognizable and beloved songs.

While some classics are better left along to bask in their original glory, Trace Adkins’ cover of “A Country Boy Can Survive” did nothing to diminish the greatest of the classic. Instead, his rendition will likely introduce a new generation of country fans to the greatness of some of yesterday’s biggest country hits.

Hear Trace Adkins cover Hank Williams Jr.’s “A Country Boy Can Survive” in the video below.