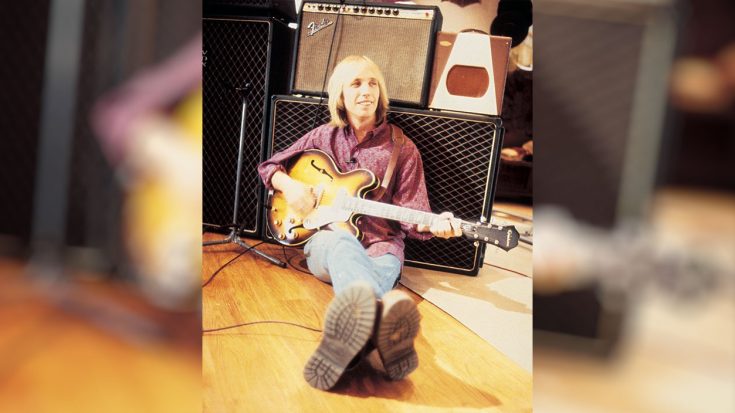 Tom Petty’s daughter, Adria Petty, recently discovered a homemade recording of one of her late father’s songs. The recording happened to be an 8-track demo of “You Don’t Know How It Feels” from his 1994 album Wildflowers.

Wildflowers was initially envisioned as a double album, but the decision was made to trim it down to 15 songs on a single CD. It became one of the most successful records of his career.

The demo version of “You Don’t Know How It Feels” was recorded in 1993 at Petty’s home studio and features slightly different lyrics from the album version.

Prior to his death in October 2017, Petty had discussed the possibility of releasing an expanded edition of Wildflowers that would capture the way the tracks on the album were originally envisioned. He told Rolling Stone during an interview,

“That album was really about sound in a big way. I would like to go out there and perform the entire album as it was originally conceived with all of the songs.”

Along with the release of the song, and animated video also premiered today to accompany the track. The music video features a werewolf as he takes his love interest on a moonlight drive through the desert. A silhouette of Petty makes a cameo in the full moon during the video.

Check it out in the video below!