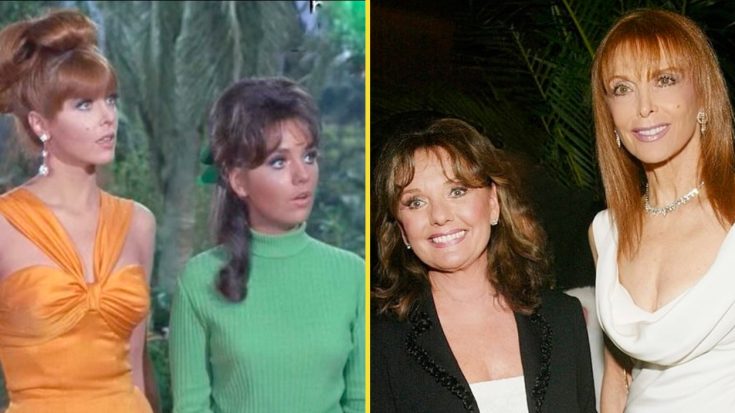 Ginger or Mary Ann? That was a common question television watchers asked each other in the mid-60s.

The CBS sitcom Gilligan’s Island brought to life seven characters as they tried to survive on an island after they’d been shipwrecked. As the theme song said, there was a sailor, the skipper, a millionaire and his wife, a movie star, a professor, and Mary Ann.

The cast became household names and two of the leading ladies brought on a major debate between fans of the show. Were you a Ginger fan or a Mary Ann fan? The characters, played by Tina Louise and Dawn Wells, respectively, were extremely different.

In a 2008 interview, Dawn acknowledged the debate by saying, “There hasn’t been a good girl over 14, and Mary Ann was very much that. The Mary Ann-Ginger issue is always there. You had to be a real man to understand Ginger, and Mary Ann would’ve gone to the prom with you and been your best friend. A lot of guys would come up to me and say I married a Mary Ann. She had the values.”

For many years, Dawn and Tina, were the only cast members of Gilligan’s Island still alive. Sadly, Wells passed away on Wednesday morning (Dec. 30), making Tina the last living cast member.

Many people began writing tribute posts on social media when they heard of Dawn’s passing, including Barbara Eden from I Dream Of Jeannie.

I just read about the passing of Dawn Wells and I am saddened that Dawn left us earlier today. She was such a fun,…

Another person who took to social media to remember Dawn was her co-star Tina Louise.

She wrote, “I will always remember Dawn’s kindness to me. We shared in creating a cultural landmark that has continued to bring comfort and smiles to people during this difficult time. I hope that people will remember her the way that I do — always with a smile on her face.”

I will always remember Dawn’s kindness to me. We shared in creating a cultural landmark that has continued to bring…