Tim McGraw Gets Candid About Personal Health Struggles In 2019 Book 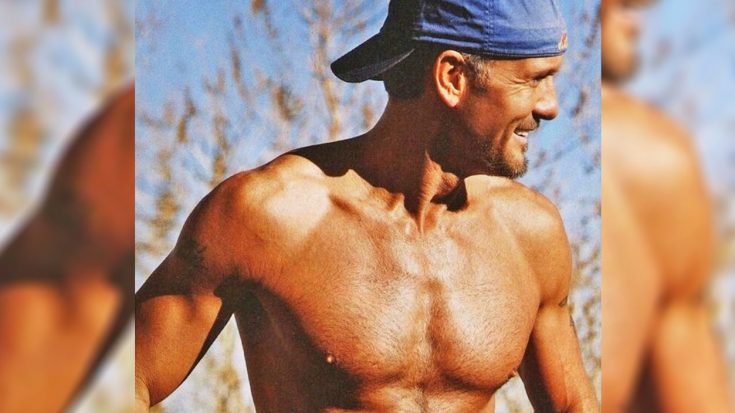 He might be one of music’s most charming stars but there was a point in time when Tim McGraw was less than confident in himself. Through years of drinking and late nights, the country megastar was caught in the wrong lifestyle. Now, he’s opening up about how his personal fitness transformation and the beauty that came along with it.

McGraw has been inspiring fans with his music for decades and now he’s putting it on paper. The “Live Like You Were Dying” singer announced in early 2019 that he would be publishing a health and lifestyle book based off his own transformation. The book, Grit & Grace: Train the Mind, Train the Body, Own Your Life follows the singer’s personal story and how he triumphed over his struggles.

McGraw spoke with PEOPLE regarding the project,

“I’ve gone through a physical transformation in the last 10 years, but it’s not just my appearance that has changed” McGraw admitted. “My mind is clearer, my sense of purpose is sharper, and my relationships are deeper. Consistent physical exercise helps me bring focus to my life and to the people who mean the most to me.”

2019….. This will be the greatest year so far! Great music Family is rockin Life is great! And I’m gonna translate all into my music and my show !!! I want you all to feel the love and energy !!!

It wasn’t always a bright path, the singer tells. McGraw used to depend on drinking before every show in order to calm his nerves. After hearing concern from his friends, he decided to cut alcohol out of his life entirely in 2008. To find a new outlet, McGraw began working out twice a day and his passion for fitness was born.

Ever since, his fit physique has gained jaw-dropping attention from his family, friends, and fans. With the launch of his line of boutique gyms and his new book, it looks like McGraw has found a second love outside of the music world. The positive impact he’s created was influenced heavily by his family, especially his growing daughters.

There is no man that could be loved more than you. Happy Birthday from your four girls.

McGraw hopes the book will inspire readers to take on their own journey putting health as a priority as he learned to.