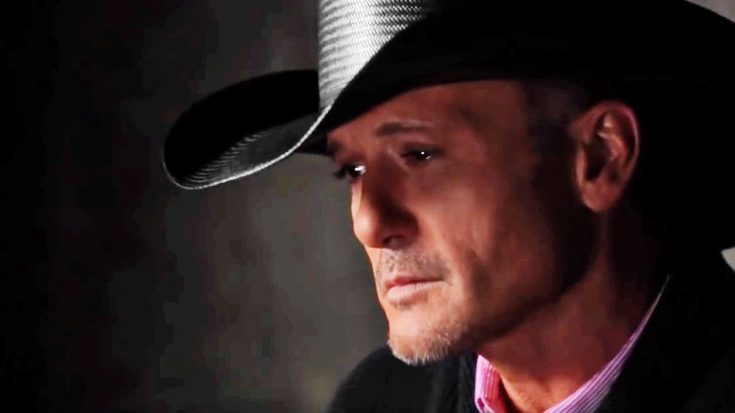 Reigning over the country music scene for the last decade, Tim McGraw and his superstar wife, Faith Hill have come to be known as Nashville royalty. Touring and traveling the world together, the two haven’t been apart much. Especially since vowing to never spend more than three consecutive days away from one another.

Happy Birthday to my one and only❤️❤️❤️

You give good smooch face???
I love you! pic.twitter.com/InGevg7IZH

Married on October 6th, 1996, the pair has since curated a beautiful family together and have three wonderful daughters; two of which take after their famed parents in making music!

In the touching clip below from Oprah’s Master Class series, McGraw opens up about his wife’s seemingly endless talents, her strength as a mother, and how lucky he is for being able to spend his life with her.

Faith & Tim were married on this day (October 6th) in 1996. Sending so many blessings, wishes, and love to them as they celebrate 22 beautiful years. Thank you for having the respect, admiration & love you do for another. A beautiful example of what love is❤️ #faithhill #timmcgraw #timmcgrawandfaithhill #soul2soul (Video edit coming out later today❤️)

He explains that he and Faith are superstars on the stage, and just ordinary parents at home, trying to get it right.

When he starts in on his belief that their three daughters couldn’t have a better role model in their lives – that’s when he gets visibly overcome with emotion and choked up.

You can hear him speaking through overwhelming emotions, and at one point, he actually stops and pauses because they are so powerful and paralyzing to him. It’s clear that he is undeniably in love with Faith and proud of her as a mother for their wonderful family.

At that, he wipes a tear away from his eye, unable to say more without breaking down. His feelings for his beloved wife run incredibly deep within him and is a great example of how a husband should love his wife.

Watch this touching and heartfelt moment in the video below.