Through Tears, George Jones’ Widow Talks About The Moment He Said His Final Words 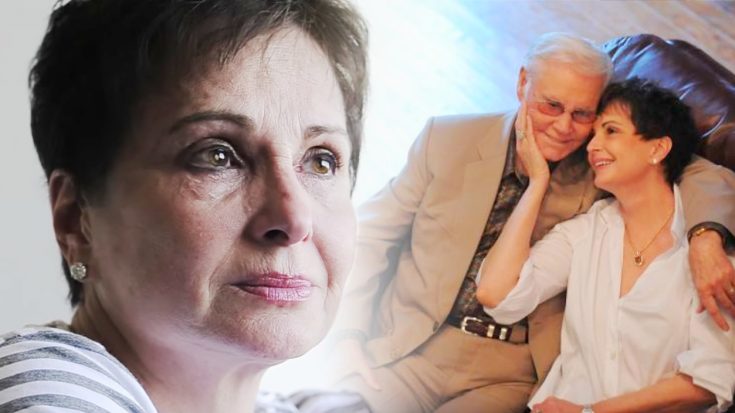 When George Jones passed away in 2013, the world lost a country legend, but Nancy Jones lost her husband of 30 years.

Happy Anniversary Nancy and George. We know he is missing you, and you him. – Team GJ

Happy Anniversary Nancy and George. We know he is missing you, and you him. – Team GJ

George was in the middle of his farewell tour, appropriately titled The Grand Tour, when passed away on April 26, 2013 due to hypoxic respiratory failure. His final concert was scheduled for November 22, 2013 at the Bridgestone Arena, but his actual final concert was on April 6 at the Knoxville Civic Coliseum.

George Jones was a man of God, and enjoyed singing gospel music almost as much as country music. He even released a gospel album called The Gospel Connection.

In 2015, Nancy sat down with the The Tennessean to tell them about her late husband’s final words – and it will give you goosebumps.

Her story began when they were at home and George woke up vomiting and with the chills. She called an ambulance, which took them to Vanderbilt, where he stayed for a several days. While he was in the hospital, she said that he never spoke a word or even opened his eyes – until moments before he passed away.

Nancy choked back a sob and said, “[The doctor and I] were standing at the foot of the bed, and all of a sudden, he opened his eyes, and I was fixin’ to go toward him, and the doctor kind of held me back.

“George said, ‘Well, hello there.’ He said, ‘I’ve been looking for you.’ He said, ‘My name’s George Jones.’ And he was gone. He closed his eyes and that was the end of it.”

Nancy, with stern conviction stated, “In my heart, I know he was talking to God.”

Watch her reveal his final words in the video below.