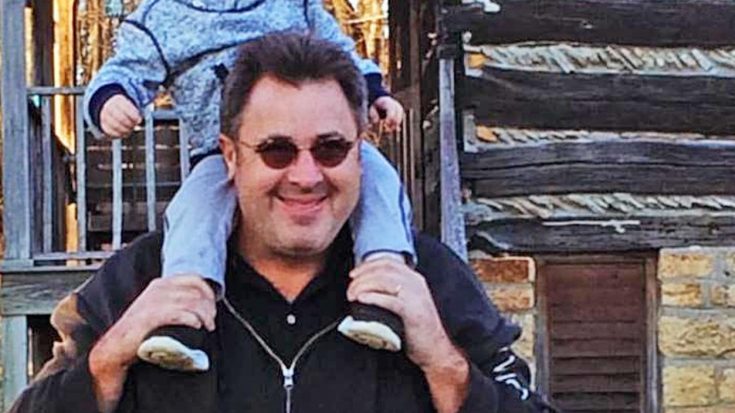 Country legend Vince Gill wears many hats: singer, songwriter, touring member of the Eagles…but his favorite role might just be “granddad.” Gill became a grandfather when his oldest daughter Jenny gave birth to a baby boy, Wyatt, on August 4, 2014.

In the past fours years, the two have formed quite the bond. They both love golf, blocks, trains, and of course, each other.

Pretty cute if you ask me. #Wyatt #granddad

Wyatt was Gill’s only grandchild for about three years, but his little sister Everly June joined the family on January 12, 2018.

Welcome to the world sweet Everly June Van Valkenburg. Born 1/12/18 at 5:32pm. She's perfect and we cannot be happier!!

Granddad Vince got the honor of feeding Everly her very first bottle by the fire a few months ago.

First bottle by the fire in Granddad's arms. #Everly

As the days go by, his two grandchildren seem to get cuter and cuter, and we can’t be the only ones who think that! His daughter Jenny shared a few recent photos of Wyatt and Everly, and boy, are they adorable!

If you don’t believe us, see for yourself!

We might have to wait a few more years until Wyatt and Everly join Gill on stage, but until then, enjoy this duet between their talented mama and granddad.