The Truth Is Out About Donny Osmond & “Masked Singer” 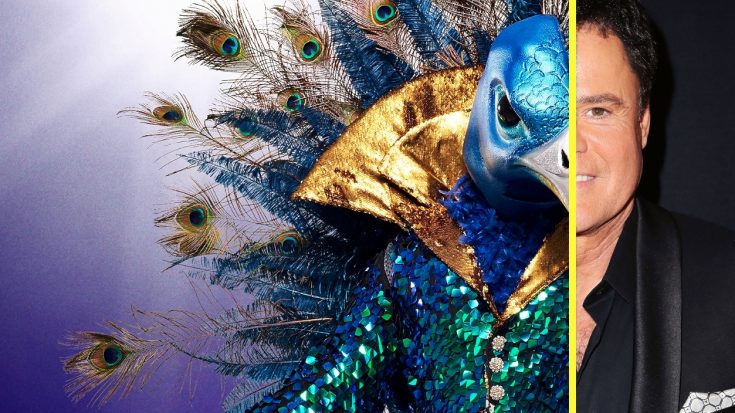 Everybody thought they knew who these “Masked Singers” were – and boy were we wrong on a few of them! But, one of the most-recognized singers and television personalities was alleged to be underneath one of the flashiest costumes on the show…and now the truth is out.

Brush up on your detective skills! 🔍 Use all the clues to guess who the celebrities are behind the masks TONIGHT at 9/8c on @foxtv. #TheMaskedSinger

The Masked Singer is a whole new take on singing competitions and it came over from Korea where it was one of the hottest shows on television – and now, Americans can’t get enough of it!

The premise is simple, a series of celebrities and famous names get all decked out in elaborate costumes and then belt out a song on stage while giving the audience and panelists a series of clues as each week goes on

Aired for one season already, most of the performers have been unmasked after getting the least number of votes for that evening – but there were still three to be unmasked during the finale on Wednesday, February 27th, 2019.

Since the beginning, fan theories about who was under one of the top-performing masked celebs had been swirling around and using some of the clue packages, folks claimed that Donny Osmond was underneath the Peacock’s mask – but the truth was still weeks away.

Even Donny’s sister, Marie, played a little game with the obsessed fans when she had a “slip of the tongue” on a television show and seemed to reveal that he was on the show…but was it all a ruse?

The clue packages reveal that the Peacock first began performing at age five, was good friends with Michael Jackson, and even hinted at a Vegas show – while admitting “it’s probably been a while since your mom had a poster of me on her walls.”

This back and forth about who is actually behind the mask of The Peacock had gone on for weeks – until the finale unmasked not only one, but the three finalists of the first season!

Remaining were The Bee, The Monster, and – of course – The Peacock.

All the judges had their own opinions on who The Peacock – and they guessed Weird Al Yankovic, Neil Patrick Harris, and Donny Osmond…but who was correct?

Gladys Knight was unmasked as The Bee, T-Pain as The Monster, and as you might have suspected, The Peacock was really Donny Osmond!

We have to admit – this show had us on our toes but it was a wild ride while it lasted! Check out Donny’s final performance as The Peacock below and the amazing reveal!