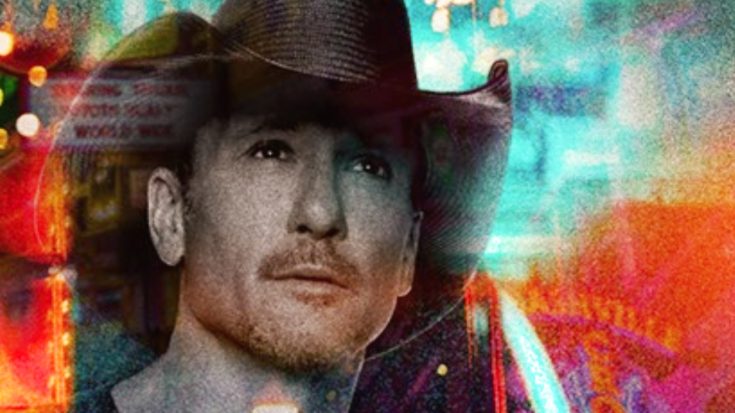 Starting in late September, Tim McGraw wiped his Twitter and Instagram profiles clean. It all started with a cryptic tweet, which had fans a bit concerned about the country music superstar.

While some fans were worried about McGraw, others caught on immediately, noting that the tweet probably referenced some lyrics to a new song of his.

But McGraw didn’t elaborate right away. Instead, he had fans freaking out even more when he seemingly tweeted out his phone number, promising to text anyone who messaged him.

Fans later learned that the number is McGraw’s outlet for him and his team to share exclusive content with his biggest fans. He explained the whole system in a short video.

It was clear that McGraw was amping up for something to come, but he remained tight-lipped on what it was.

Text 615-205-5687 to join McGrawONE and get exclusive content and get everything first! pic.twitter.com/rHmXqktcUc

Finally, on October 2, McGraw revealed what all of the buildup had been about. He was gearing up to release a new song, titled “Neon Church.”

Before the big debut, McGraw shared pieces of the song with fans, starting with just the name, then the cover art, and finally, a small instrumental section from the track.

The debut of “Neon Church” is a big deal for fans of McGraw.

While he certainly hasn’t been absent from the spotlight, he hasn’t released any new solo music in two years. The last solo single he released was the Top Ten hit “How I’ll Always Be,” which debuted in July 2016.

Since then, McGraw has kept busy on tour with wife and fellow country superstar Faith Hill. The two released their first-ever duets album in 2017, which contained two singles, “Speak to a Girl” and “The Rest of Our Life.”

Two years removed from his last solo release, McGraw is taking things in a new direction with “Neon Church.” This is something that he referenced himself in a tweet he wrote after the song’s debut.

The track features a more unique blend of styles than McGraw has ever crammed into one song before.

There’s more subdued, tender parts with organ playing in the background, taking on a gospel-like feeling. Then there’s a fair share of more intense parts, with rockin’ electric guitar and strong vocals from McGraw.

As if the release of one new song from McGraw wasn’t exciting enough, there’s even more!

While “Neon Church” is his newest single and the song he’s putting the greatest push behind, McGraw wanted to share one more new track with his fans. The song, titled “Thought About You” is similar in style to “Neon Church” in the fact that it mixes softer moments with more powerful ones.

Go ahead and check out “Thought About You” in the clip below. Y’all have waited a long time to hear these songs from McGraw, so we want to know what you think of them when you’re finished!