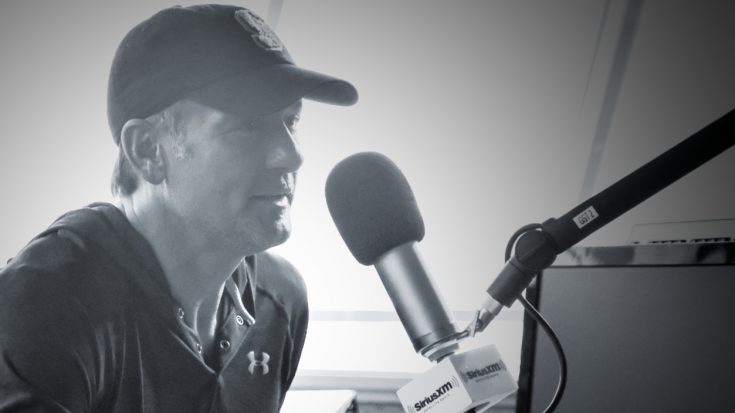 When looking for a house, most people are worried about how many bedrooms there are or if the backyard is big enough. In a recent interview, Tim McGraw opened up about his own house hunting experience – and the famous ghost his family encountered along the way.

Tim McGraw and wife Faith Hill were looking for a home to rent in Los Angeles back in the late 1990s. Not looking for anything permanent, they didn’t want to jump into purchasing a home in the city – but Faith quickly fell in love with one home in particular with a very rich history.

A post shared by Los Angeles Aerial Photography (@losangelesaerial) on Sep 28, 2018 at 8:43am PDT

The home had previously been owned by the legendary crooner, Frank Sinatra and according to Tim, it was where he was picked up by ambulances on the night of his passing. The walls in that house had seen years of Sinatra and his family growing, laughing, and singing.

"Isn't she lovely // Isn't she wonderful // Isn't she precious…" Happy #MothersDay to all the lovely, wonderful, precious mothers out there! Frank #Sinatra's take on "Isn't She Lovely" is available now from the new 'Baby Blue Eyes' collection: UMe.lnk.to/BabyBlueEyes

And according to Tim’s spine-chilling story about his daughter’s encounter with Frank in the house, it seems he never left…

Tim told Ty, Kelly & Chuck, “Gracie was sitting at the piano and I noticed she’s not right in the middle of the piano, she sat on the edge of the seat. We start to go upstairs and at the top of the stars there’s a black and white picture of Frank Sinatra with his eyes painted blue – you know ol’ blue eyes. So Gracie looks up and goes, ‘Well that’s the guy who was playing piano with me.'”

Tim and Faith were completely taken back as Gracie continued to calmly explain that the man also liked to go into the kitchen. She then proceeded to show her parents and an unsuspecting Realtor the way to a hidden door. As they approached the door – which lead into the kitchen – young Gracie told her parents, “He likes to come in here all the time.”

That didn’t come as much of a surprise considering Sinatra’s deep Italian roots. The kitchen is typically a favorite place for families gather together and spend most of their time. Heck, Sinatra even had a great recipe for delicious spaghetti and meatballs.

Celebrity recipe: spaghetti and meatballs from the kitchen of Mrs. Frank Sinatra. pic.twitter.com/YcOQSj4fH7

After Gracie shocked her parents and essentially freaked the Realtor out, the real estate agent went back to Frank’s wife to tell her what had happened. After hearing the story, Barbara realized the family was ironically connected to the Sinatra family and agreed to rent the home to Tim and Faith.

For the full story, complete with all the chilling details, check out the interview below and let us know what you think. Did Gracie really meet Ol’ Blue Eyes?