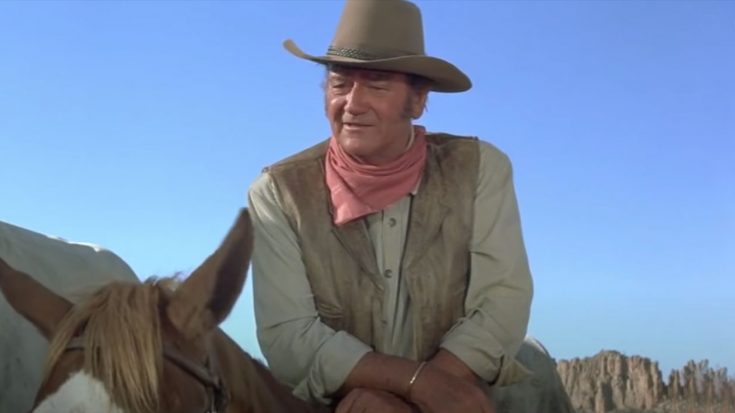 John Wayne is one of the most recognized actors for TV and movie Westerns who appeared in classics like True Grit, The Shootist, Stagecoach, and El Dorado. As strange as it may seem, while the Duke enjoyed movie Westerns, the same couldn’t be said for TV Westerns.

As part of the October 27, 1962 issue of The Saturday Evening Post, The Duke himself gave an interview at 55 years old, during which he spoke directly on his thoughts about television Westerns.

“Television has a tendency to reach a little,” Wayne stated. “In their Westerns, they’re getting away from the fact that those men were fighting the elements and the rawness of nature, and didn’t have time for this couch work. For me, basic art and simplicity are most important. Love. Hate. Everything right out there without much nuance.”

Even though Wayne never became an official actor for television Westerns, he regularly made guest appearances on dozens of different shows. He even made multiple appearances on certain shows such as Rowan & Martin’s Laugh-In. He would appear in a total of 11 episodes for the show’s 1968-1973 run. Similarly, he appeared on The Red Skelton Hour, but only twice: once in 1966 and once in 1969.

The Duke even made an appearance on The Beverly Hillbillies in 1967.

Watch his appearance in the clip below.