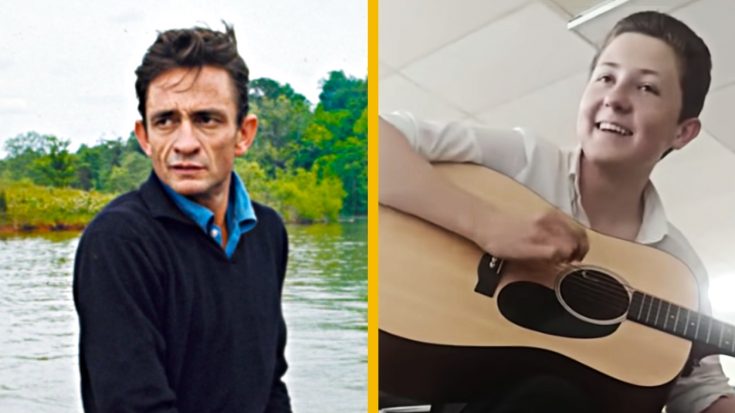 A kid from Arden, North Carolina has the internet believing in reincarnation.

Andrew Hensley has a voice that takes the listener back in time. Hensley may look like a young teenager, but his vocals are reminiscent of the legendary Johnny Cash. The similarity is so remarkable that Hensley’s cover of Cash’s song “I Walk The Line” has reached over two million views on YouTube.

“I Walk The Line” was a breakout song for both Hensley’s YouTube channel and Cash’s career. The 1956 release was Cash’s first number one hit. Even today, the song remains an iconic classic.

Ultimately, Cash’s unique tone is nearly impossible to live up to for any vocalist. Many successful artists have tried to cover the classic country star with little recognition for their efforts. Contrarily, Hensley’s rendition is very natural and captivating.

The comments on Hensley’s video are filled with nostalgia and further Cash cover requests. Some users even lobby that Hensley should be given a record deal for his outstanding talent.

“He’s got that great voice that only comes from 25 years of smoking and hard living,” Robert, an online listener, noted.

Watch Hensley’s cover in the video below.

What do you think? Is Hensley the next Johnny Cash? If you need more evidence to decide, you can check out Hensley’s cover of “Ring of Fire” in the next video!