Tanya Tucker Returns With Comeback Song ‘The Wheels of Laredo’ 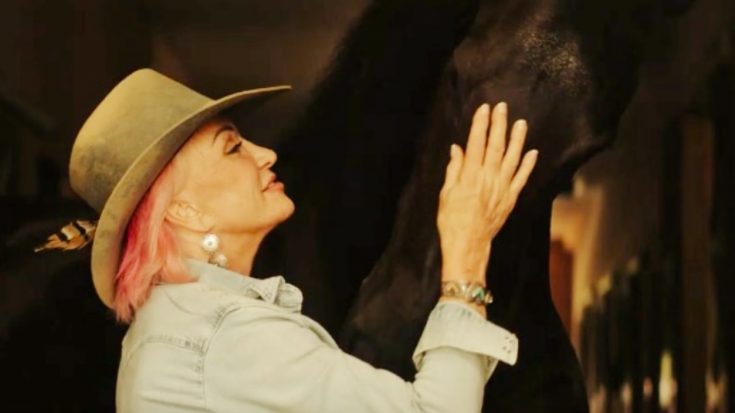 Although the country legend released an album in 2009, that album was comprised entirely of covers. Her last record containing original material was released in 2002…17 years ago.

Earlier this year, Tucker excited fans by revealing that she was finally at work on a new record, titled While I’m Living. Brandi Carlile and Shooter Jennings are co-producing the new project, which will be Tucker’s first release for her new record label Fantasy Records / Concord.

On June 5, Tucker revealed the cover art for the album as well as its release date, August 23.

… AND WE'RE OFF! So excited to announce that on August 23rd I'll be releasing my new album, "While I'm Livin'," produced by @BrandiCarlile and @ShooterJennings! But let's not get ahead of our selves because TODAY is the release of the FIRST SONG off the album! Listen to "The Wheels of Laredo" by visiting the link in my bio! Let me know what you think! #TanyaMotherTucker #BrandiCarlile #ShooterJennings #outlawcountry

As if all of that wasn’t exciting enough, she also released a new song. Tucker had been teasing the song’s release for days prior, so fans rejoiced when it finally made its debut in a brand-new music video.

The new song, titled “The Wheels of Laredo,” is not the first single being released off of Tucker’s upcoming album. According to a press release, the album’s lead single will be called “Hard Luck,” and its debut is “coming soon.”

The song features sparse, gentle instrumentals, giving Tucker’s voice the chance to stand out and shine. This stripped approach gives the song a raw, vulnerable feeling, which perfectly complements the lyrics.

That same feeling translates to the visuals in the music video, which follows Tucker as she drives an old truck down a seemingly even older road and later interacts with her beloved horses. It’s as country as it gets.

After all this time, we think this is the perfect song for Tucker to make her comeback with. You can see what we mean when you watch her stunning music video for “The Wheels of Laredo” below.

We’re so glad that Tucker is back, and can’t wait to hear her other new songs!