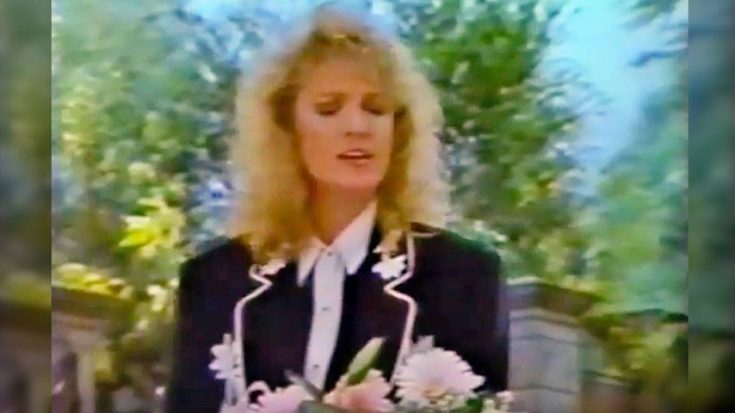 Country music lovers can’t help but be moved by this soulful and heartfelt tribute and private moment between two of country’s most memorable female singers, Tanya Tucker and Patsy Cline.

Tucker, on her way to perform at a concert, takes time to stop by the grave of Cline to serenade her with one of the all-time classic hymns, “Amazing Grace.” Patsy is buried just outside of Winchester, Virginia – her hometown.

Cline’s tragic death at the age of 30 shocked the music world in 1963. Known for her songs, “Crazy” and “Sweet Dreams,” among others, young Patsy traveled to Kansas to perform at a benefit concert. That would be her last performance. In the midst of becoming one of the leading Nashville figures, she died when the small plane she boarded crashed in Camden, Tennessee. The pilot attempted to outwit the inclement weather; the weather won.

It's a Patsy Cline kind of afternoon…

Tanya and Patsy have much in common. They both started their careers at a very young age. Tanya Tucker had her first hit at the age of 12, “Delta Dawn,” and knew she wanted to be a country singer at the age of eight.

Cline began playing the piano at eight, sang at the county fair at age 11, and dropped out of school to work and help support her family at 16. In the brief 14 years prior to her death, she helped break down the gender barrier in the world of country music.

Tucker had the opportunity to publicly share her “Amazing Grace” tribute during a guest appearance on the ABC sitcom Delta starring Delta Burke from Designing Women fame.

The hymn, said to be performed 10 million times annually and has appeared on over 11,000 albums, never gets old. This episode originally appeared on television July 28, 1993. The Delta ladies get sidetracked on their way to see Tucker in concert in Washington, D.C. to pay a visit to Cline’s gravesite. As luck would have it, they run into the “Delta Dawn” singer while paying their respects to the “Sweet Dreams” songstress.

Sit back and listen to one country star honor another in this memorable scene.  Indeed, Patsy Cline was a great one and another star gone too soon.

What do you think of this moment shared? What’s your favorite Patsy Cline song?