Tanya Tucker Honors Billy Ray Cyrus On His Birthday: “You’ve Always Been There” 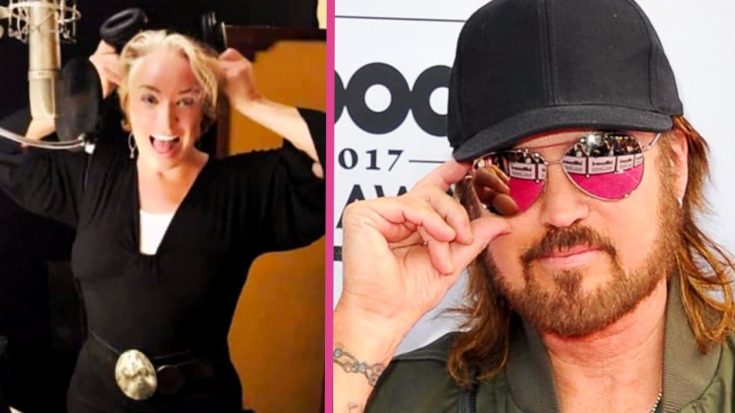 Tanya Tucker and Billy Ray Cyrus go way back. The two country singers have been good friends for years.

In 1993, Dolly Parton released a new song titled “Romeo,” and Cyrus was the featured artist on it. He had just come to prominence two years prior following the release of his smash hit, “Achy Breaky Heart.”

As one of the biggest heartthrobs in country music at the time, Cyrus was perfectly cast in Parton’s “Romeo” role.

Tucker and Cyrus have remained close since starring in Parton’s “Romeo” video all those years ago.  They even performed together as recently as this year!

In January, the pair collaborated during Tucker’s show at the Ryman Auditorium. They sang “Old Town Road,” by Lil Nas X, since Cyrus contributed to one of the song’s remixes. Then they took things back to the 90s by performing “Achy Breaky Heart.”

So when Cyrus’ birthday rolled around on Tuesday (August 25), Tucker took time out of her day to send him some happy wishes.

“Happy Birthday @billyraycyrus!” Tucker wrote in an Instagram post including a picture of her and Cyrus embracing. “You’ve always been there and will always be a wonderful friend.”

She then went on to reflect on their history of performing together, writing, “You’ll always be Romeo to me and now with the horses in the back headed down that Old Town Road!!!”

Happy Birthday @billyraycyrus! You’ve always been there and will always be a wonderful friend. You’ll always be Romeo to me and now with the horses in the back headed down that Old Town Road!!! ???? ? @dkupish