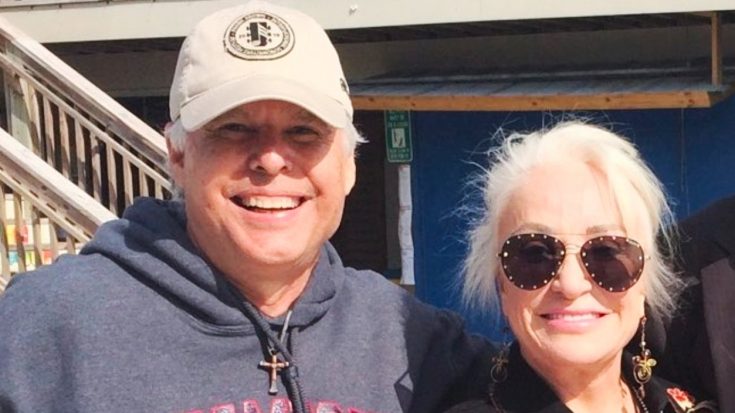 Country legend Tanya Tucker has lived quite the life in her 61 years, but there is one thing she’s never done: she has never walked down the aisle and has always been open as to why she’s never done it.

In a conversation with Dan Rather in 2016, she said, “I’ve always been afraid of getting married because so many people divorced. And I thought, I wanted to have children and I wanted to have the picket fence, but it just didn’t work out for me.”

Though she has never been married, she does have three children: a son and daughter with actor Ben Reed and a daughter with Nashville songwriter/producer Jerry Laseter.

“I wanted my children,” Tucker said, with tears in her eyes. “They were all planned and prayed for. I’ve got three of the best kids in the world.”

Although she’s always had hesitations about marriage – and was even engaged a couple times – she once said she would walk down to aisle for one man.

“There is one man I might marry,” she said. “One, I think in all of the world. Probably Kevin Costner…I just think he’s such a doll.“

Well it’s been four years since that interview and Tucker might just be changing her mind. She’s been dating singer-songwriter Craig Dillingham since last summer when mutual friend Lee Ann Womack set them up.

On the bus with two of my besties, Craig Dillingham and @LeeAnnWomack after a show in Michigan! #squadgoals ⁠

The couple had actually tried dating two times since they first met 48 years ago – once in the early 1990s and another time in 2008. They met when they were both 13 years old when Tucker was bursting onto the scene with “Delta Dawn” and Dillingham was opening for Ray Price.

Tucker told PEOPLE that she doesn’t recall their first meeting, but apparently Dillingham never forgot it.

“Craig’s always loved me, always,” she told the publication. “I mean, he’s never not loved me.”

Although they have tried being a couple before, Tucker says something is different this time around.

Dillingham is in it for the long haul too, often telling her, “I think God’s put us back together for a reason.” Though she doesn’t know if marriage is in the cards, she’s not completely against it with him. If a proposal is in their future, Dillingham knows that Tucker only wants to be married one time.