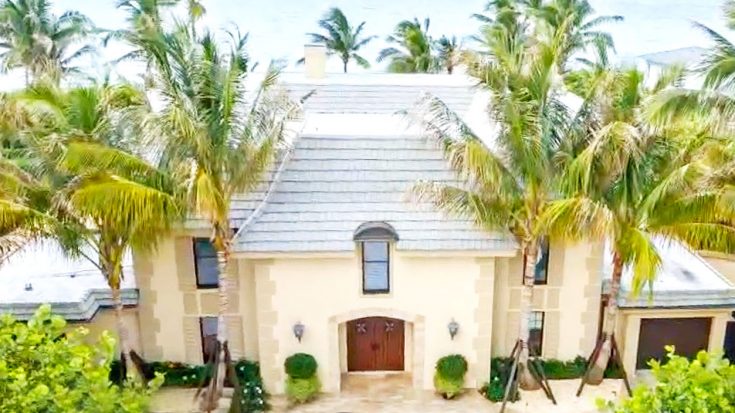 The year after her divorce from George Jones, Tammy Wynette became the proud owner of a little slice of paradise in Florida. She dropped $625,000 to obtain her stunning beachfront property, which she owned for five years.

Today, that property is back on the market again. However, its price tag has a few more numbers tacked on to it than it did back when Wynette purchased it.

According to Local10, when the estate was first listed in June 2017, the asking price was $7 million. Since then, its Zillow page indicates that the price has been lowered to $5.9 million. So if you happen to have nearly $6 million that you’re itching to spend, Wynette’s home can be yours!

Even if you don’t have that kind of cash, we’re sure you’d still like to peek inside the home. Luckily, there’s a video out there that thoroughly showcases the house’s luxurious rooms and wonderfully maintained grounds.

Located right next to the ocean, the gorgeous property offers a private walkway that leads directly to the beach. Tall palm trees and and perfectly trimmed shrubs surround the property, which offer a bit of privacy.

As beautiful as the grounds are, the house is somehow even more spectacular. When it comes to its floor plan, the house is as unique as can be. This is because the centerpiece of the home is a covered pool, which can be seen from inside as well…specifically from a corner office.

In total, the home contains six bedrooms and seven bathrooms, allowing its future owners to accommodate a large family or a multitude of guests. Within its 6,400-square-foot spread, you can also find a gourmet kitchen with sleek granite countertops.

Other features in the home that add to its elegance include vaulted ceilings and spacious rooms. Oh, and did we mention it offers a clear ocean view?

Once you watch the video tour of Wynette’s former home, it won’t take long for you to realize that this property is fit for royalty. Country music royalty, that is!