Take A Magical Tour Of Dollywood’s Halloween Before Anyone Else 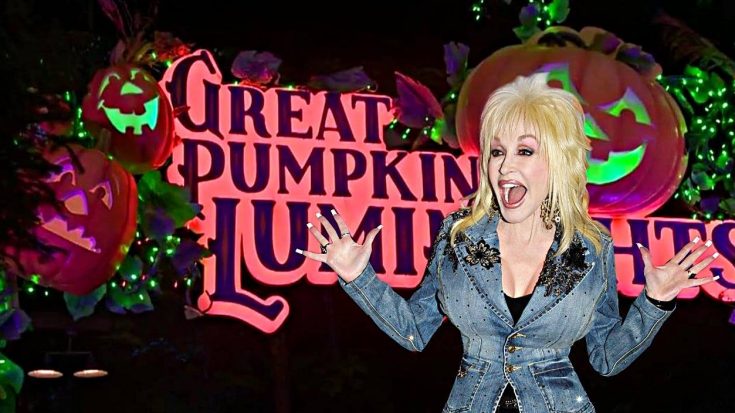 Dolly Parton opened her world-famous amusement park, Dollywood in 1986. Since then the park has seen a lot of changes – from the addition of various stores to a replica of Dolly’s Tennessee Mountain Home. But this fall, the whole park is getting a whole new sort of makeover…

Dolly recently shared an exciting post to social media saying, “It’s gettin’ to be fall, Y’all! The Harvest Festival starts tomorrow at [Dollywood] —bring the whole family!” Fall is hands down one of the best seasons so finding out Dollywood was getting “spookified” will definitely get your racing. Naturally, we did some more digging and here is what we found:

Dollywood will be featuring brand-new 40-foot pumpkins at the Wilderness Pass in the park!

🎃 It's almost that time of year! 🎃 Are you as excited as we are? These are going on the NEW 40-foot pumpkin tree at the Plaza at Wilderness Pass!

Those same pumpkins are going to light up like big, bright jack-o-lanterns. Because so many people loved the experience last year, Dollywood decided to do it up even bigger. In an interview with Wes Ramey, the PR Manager at Dollywood, he let us know that “the glow grows” this year. In fact, they are planning on something twice as big!

There will be many new Dolly-themed displays, dancing, and other activities. With six extra days added to the festival, there is a lot more room to add cute details to the festival. They are even going to have a live pumpkin carving. But at the end of the day, these pumpkin frogs might just be the cutest thing you’ll ever see!

The best part is that even the spooky pumpkins will be kid-friendly. Dollywood prides itself on being “spooky – not scary.” There will be 650 kid-friendly concerts from when the experience starts on Sept. 28 to when it ends on Nov. 3 of this year!

Check out the video below for an extra-spooky preview of Halloween in Dollywood and how it is made! And, if you’ve ever gone to the park – post your pictures in the comments to share your experience with all the other Dolly fans out there!