‘Steel Magnolias’ To Return To Theaters For Three Nights Only 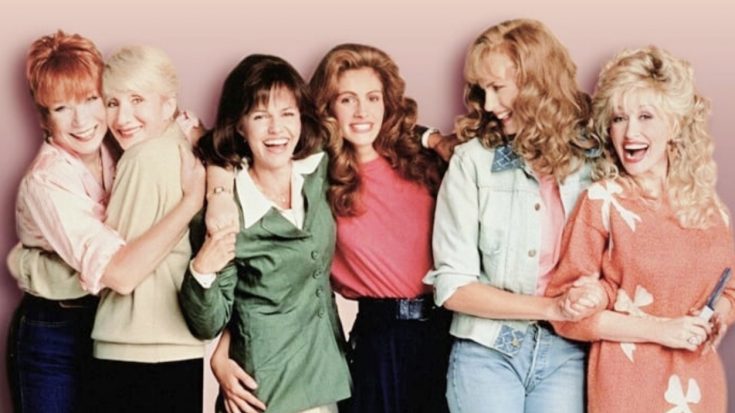 Put on your signature color, grab your girlfriends, and get ready.

In honor of the film’s 30th anniversary, Steel Magnolias will be shown in theaters for just three days. The 1989 movie, based on a play of the same name, grossed almost $136 million worldwide, including VHS and DVD sales.

Both the play Steel Magnolias and the movie are based on Robert Harling’s sister Susan who passed away from complications due to Type 1 diabetes. His friend encouraged him to write as a way to cope with his loss. What started out as a poem to his nephew, turned into a play, and eventually a beloved movie, in just ten days.

Roberts’ role as Shelby Eatenton-Latcherie, based on Harling’s sister Susan, won her a Golden Globe, garnered her an Academy Award nomination for Best Supporting Actress, and helped catapult her to superstardom.

Marketed as “the funniest movie that will ever make you cry” has become a favorite to women and men alike over the last 30 years thanks to its quotable lines and emotional story line.

Sometimes when it’s gloomy out, you haven’t fully recovered from vacation and running just isn’t happening for the day, you just sit on the couch and watch your favorite movie until it’s time to go pick up the littles. ❤️ #favoritemovie #steelmagnolias #steelmagnoliasquote #truvyjones #dollyparton #bestmovieever❤️

Thankfully, Turner Classic Movies has realized this and is putting the timeless classic back on the big screen across the country on May 19, 21, and 22! Find a theater near you here. Make sure to buy your tickets ahead of time, because we think these definitely will sell out!