Softball Team Gets Over 3 Million Views On “Neon Moon” Cover 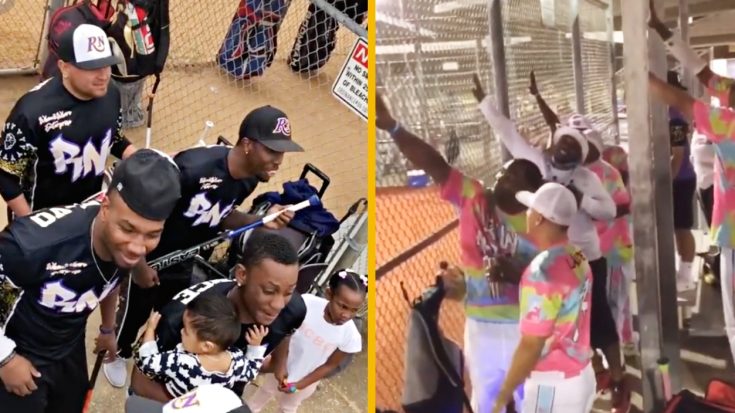 A Houston softball team is flexing their country knowledge with a series of musical covers.

The team has a profile on TikTok, which has already grown to 140 thousand followers and over a million likes. The team recently posted two clips of the Brooks and Dunn 1992 hit, “Neon Moon,” which earned the group over three million views.

Other covers by the team include “One Man Band” by Old Dominion, “Heaven” by Kane Brown, and “Must Be Doing Something Right” by Billy Currington. The covers are not only charming TikTok users, but artists are now making requests. Clay Walker has asked the team to cover one of his songs. Chris Young also joined TikTok after the group made an impression with their cover of “You.”

One team member runs the TikTok account, but its content is dedicated to the entire team. The videos highlight how much fun the team has during their softball games, whether they win or lose.

To see more of the team’s impressive country covers, check out their TikTok account, varotrujillo.