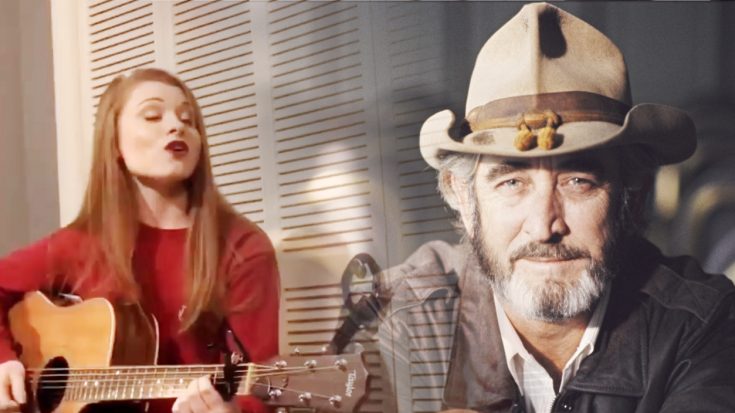 Written by Don Williams‘ guitarist, Danny Flowers, “Tulsa Time” is a classic that is sure to get anybody off their feet and swaying to the fun tune in no time. While the song has a great traditional following, its country roots just got some soulful spice added to them by this teenage girl in Arkansas!

Someone told me the smile on my face gets bigger when I play this thing.

Don Williams released “Tulsa Time” in October 1978 after his guitarist, Danny Flowers wrote the travelin’ tune. It was a hit and ended up spending a week at number one on the country charts!

The song talks about a man who left his home in Tulsa, Oklahoma to head west and try his luck in California. When he gets there, he realizes that he misses home more than he expected.

When Williams first recorded the song, he had no idea it would go on to later become covered by some the most influential people in the industry. Some of the notables being Eric Clapton and Billy Ray Cyrus!

While Clapton’s version is a little bit rock n’ roll, this newcomer decided to give the song more of a soulful twist. Accompanied by a male friend on his guitar, teenager Bree Ogden creatively turned this country classic into a bluesy ballad beyond her years.

The Little Rock teen has big dreams of heading to Nashville and released her debut album, Untamed in 2017. Check out her full recording of “Tulsa Time” below and keep an eye out for this rising star!