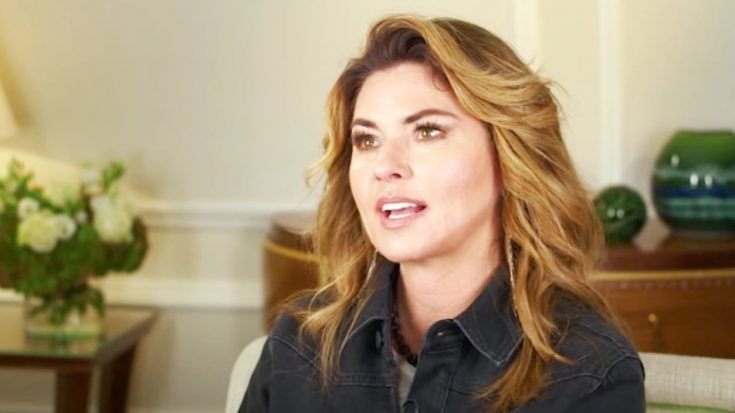 One tick bite changed the course of Shania Twain‘s life and career forever.

A new documentary about Twain, called Not Just a Girl, was just released on Netflix. While we’ve heard Twain talk about her struggles before, this documentary gave her the chance to fully open up about everything she’s been through.

As Twain explained, she was bitten by a tick while horseback riding in 2003. She ended up contracting Lyme disease, and her vocal cords were damaged.

“My voice was never the same again,” Twain said. She fully believed her singing career was over.

“I thought I’d lost my voice forever,” she said. “I thought that was it, [and] I would never, ever sing again.”

But it took some time for doctors to make the connection between Twain’s Lyme disease diagnosis and the loss of her voice. By the time they made the connection, the damage to her voice was permanent:

“There were seven years where I could not, for example, yell out for my dog,” she said. “My voice would just cut out in certain places. And it took another several years to determine what it was. It wasn’t anything obvious. Nobody connected the Lyme disease to it. In the end, a neurologist finally connected that it was the nerve to each vocal cord.”

Beyond affecting her voice, Twain said the disease also messed with her ability to perform to her typical potential:

“My symptoms were quite scary because before I was diagnosed, I was on stage very dizzy,” she shared. “I was losing my balance. I was afraid I was going to fall off the stage. I was having these very, very, very millisecond blackouts, but regularly, every minute or every 30 seconds.“

Despite everything she’s been through, Twain said she’s “grateful” the disease didn’t affect something more serious.

“It was just a very unfortunate, ironic problem since I’m a singer,” she said, “but I feel so grateful and so lucky that it didn’t attack somewhere else because it’s so debilitating.”

Twain said she now has a “grip” on the disease. Although her voice will never be the same, she says she loves it.

You can learn more about Twain’s battle with Lyme disease by watching the video below.