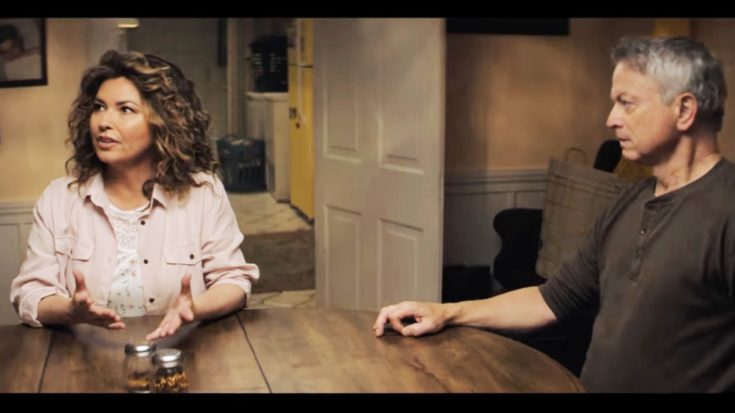 She’s dominated the music charts, now she wants to dominate the box office.

Released in February 2019, Shania Twain‘s very first major movie role as an actress came when she was cast as “Becca” – the love interest of Sam Munroe (John Travolta) for his film about a family divided by racing and competition, Trading Paint.

The movie was a unique one, for certain. And it told a story about a veteran racer and his son. Between personal and business conflicts, the two end up going separate ways – and out of it comes a bitter competition between the two…until they realize the truth and come out stronger on the other end.

Twain’s role is as a supporting actress and highlights her own ability to put on a performance – one that she’s shown us many times on stage. It’s clear that her time spent as an entertainer has prepared her for acting in a unique way…and now she’s taking on a whole new role.

This time, in a Christian film.

Based on the life of Christian superstar Jeremy Camp, this new biopic looks to speak his truth about a journey of love, loss, and ultimately – faith. Lionsgate Studios who will be producing the film announced on Monday, May 13th, 2019 that Shania Twain would be joining this all-star cast of actors for the upcoming film – set to be released in March 2020.

Titled after his song “I Still Believe,” the biographical movie will be directed by brothers Jon and Andrew Erwin and will star Riverdale actor KJ Apa as Camp, Gary Sinise as his father, and Twain as his mother.

Not long after the casting announcement, Twain stopped by LIVE With Kelly & Ryan when Kelly Ripa’s husband – and fellow Riverdale actor – was co-hosting, and the two spoke about working with Apa.

On Thursday (Aug 22), Entertainment Tonight premiered the trailer for I Still Believe.  It starts with Apa on stage, asking his fans to pray for his fiancée Melissa. Apa’s Camp is just 20 years old when he plans on marrying Melissa, who we learn is sick from Twain questioning her son, “Will she ever get better?”

Sadly, Melissa passed away at the age of 21, less than four months after they were married. “I Still Believe” was the first song Camp wrote after her death.

As Camp himself says, the movie “tells my story and shares what God has done amidst all the hard things I went through. It shows hope in the midst of pain.”

What’s up everyone! The trailer for the upcoming movie I Still Believe comes out tomorrow morning!Find the trailer on social media Thursday morning or have it sent to your phone by texting the word BELIEVE to 80820. Can’t wait for you to see it!

Watch the emotional trailer below. The movie hits theaters on March 20, 2020.

If you loved A Walk To Remember, you'll wanna see KJ Apa in the new spiritual romantic drama, I Still Believe. ?