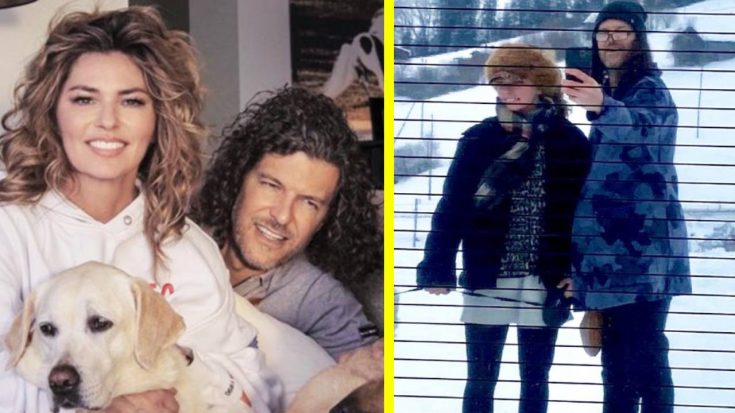 Not only did Shania Twain and her husband, Frédéric Thiébaud, ring in the new year together- they also celebrated their 10th wedding anniversary!

Prior to being married, the two were close friends for and their love story began in an unconventional way. In 2008, Shania found out her then-husband, music producer Mutt Lange, was allegedly having an affair with her good friend and the couple’s personal assistant, Marie-Anne Thiébaud. It was actually Frédéric, Marie-Anne’s then-husband, who informed Shania of the affair.

They confided in each other and eventually fell in love. After each of them divorced, they were married on January 1, 2011.

“I didn’t want to love again-it was the last thing on my mind,” Shania told PEOPLE that year. “It’s just amazing how life works.”

Now, 10 years later, they are happier than ever. She opened up to PEOPLE about her and Frédéric’s love story at the American Heart Association’s annual Go Red For Women Red Dress Collection fashion show in February 2020 and said, “I’m so grateful I found the faith and courage to love again — because the last thing you want to do when you’re crushed is love again. When you have a great loss, you lose faith; you get very discouraged. I’m sure a lot of people say, ‘I’m never going to love again. I never want to fall in love again.’ Songs have been written about that. I’m really glad that that got turned around for me, and that’s what this relationship is.”

She usually is pretty private about her relationship and rarely shares photos of her husband, but to mark the new year, she made an exception!

“Celebrated the new year in the mountains

Happy New Year! I hope your 2021 is full of love, health and good times,” she wrote alongside a photo of the two of them and their dog, Melo, in the snow.

See the photo below.

Celebrated the new year in the mountains 🥰 Happy New Year! I hope your 2021 is full of love, health and good times ❤️🎉