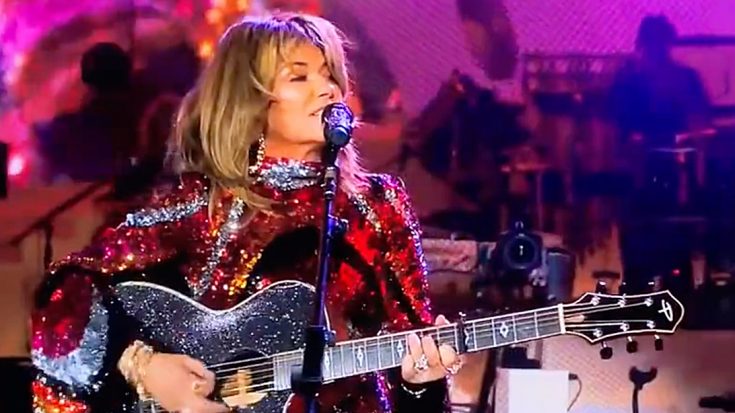 After a three year hiatus, the Coachella Valley Music & Arts Festival made its return to Indio, California, and during Friday’s opening night one of country music’s biggest stars took the stage for a surprise appearance.

Shania Twain joined the festival’s opening night headlining act, former One Direction front man Harry Styles, on stage. Twain joined Styles on stage to sing two of her biggest hits, “Man! I Feel Like a Woman!” and “You’re Still the One.”

“Now I have to tell you, in the car with my mother as a child, this lady taught me to sing,” Styles said of Shania. “She also taught me that men are trash. But to you, for the memories you gave me with my mother, I will be forever grateful.”

Twain confessed that she was a bit starstruck by Harry Styles.”I realize that when I was writing [“You’re Still the One”], you were just a little kid. It’s kind of a dream, and very surreal, to be sitting here right now to sing this song with you. I think I’m just in love, and this song is all about love. So, let’s just sing about love!”

After their performance Twain took to social media to share her excitement about joining Styles on stage. “Music icon. Fashion icon. And true friend ❤️ I am honored and thrilled to have joined @harrystyles onstage for his @coachella debut. What a magical moment!! And I mean c’mon… WHAT A SHOW ? I’m a huge fan! Grateful we got to create this memory together – Thank you Harry.”