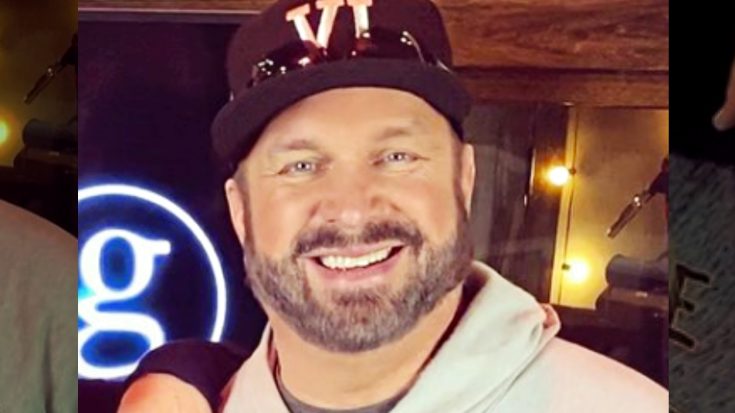 On Monday night’s Inside Studio G, Garth revealed that he had just come from a songwriting session with Mitch Rossell, who wrote Garth’s hit, “Ask Me How I Know.” Ashley McBryde also joined the two collaborators, and Garth raved about Ashley’s talent as a writer.

“She was tearing it up today. Me and Mitch just kind of sat and watched her,” Garth admitted.

Garth teasingly revealed that the collaborators wrote “something country,” and he reminded fans that he “loved writing country music.” While Garth did not unveil too many details about his writing session, the country star did surprise fans with a confession about his musical alter ego.

In 1999, Garth released a rock album under the name Chris Gaines. During his live event, Garth admitted that the cult classic album, The Life of Chis Gaines, would soon be available on digital platforms and physical vinyl. He also promised fans new Chris Gaines music.

“You’re going to have Chris Gaines stuff nobody’s ever heard before either,” he teased. “I love that project, so I’m excited.”

See the full video update on Garth’s upcoming project below.

For more on Chris Gaines’ musical persona, check out the video below.